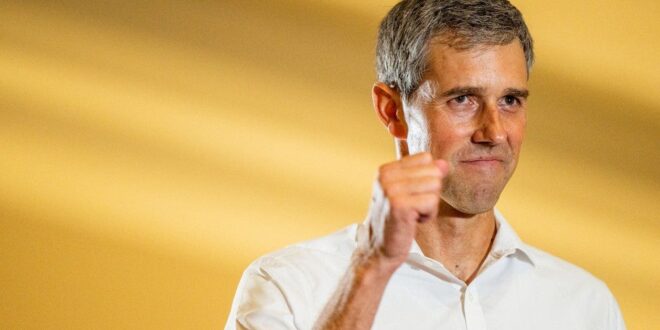 MCALLEN, Texas – Beto O’Rourke supporters sounded off during the Democrat’s Friday night gubernatorial debate against Gov. Greg Abbott ahead of the midterm elections.

“If we granted amnesty, we would cut out the coyotes and the illegal activity. And I believe a lot of deaths,” Martha told Fox News. She backs O’Rourke in his support of a path to citizenship for migrants who have crossed into Texas illegally.

Beto O’Rourke’s supporters shared why they believe the Democrat should win the Texas gubernatorial race in the midterm election.
(Brandon Bell/Getty Images)

During the debate at the University of Texas Rio Grande Valley, O’Rourke and Abbott, a Republican, traded barbs over a variety of topics, ranging from immigration and border security to inflation.

“It’s clear that Beto just wants to perpetuate the open border policies and mischaracterize exactly what is going on,” Gov. Abbott said during the debate.

An 18-year-old Edinburg resident, who asked not to be named, told Fox News that O’Rourke’s pro-amnesty stance for illegal migrants appeals to her.

“They come over here for, you know, sanctuary to look for a better life. It’s very supportive. You know, [O’Rourke is] not going to just let anyone run free or anything. He expects them to follow laws just like the rest of us. But that’s what they’re looking for. To be an American citizen,” she said. 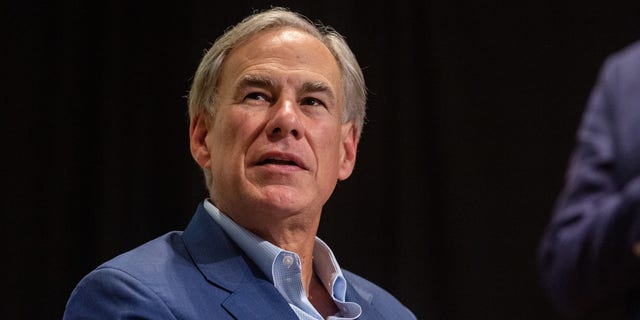 Texas Gov. Greg Abbott squared off in a Friday night debate against O’Rourke at the University of Texas Rio Grande Valley.
(Shelby Tauber/Bloomberg via Getty Images)

BETO O’ROURKE EXPLODES AT HECKLER WHO LAUGHS OVER CRITIQUE OF GUNS AFTER UVALDE: ‘FUNNY TO YOU MOTHERF—ER’

Abbott holds an eight-point lead over O’Rourke, according to RealClearPolitics’ average. A Texas Hispanic Policy Foundation poll released Sunday found the incumbent had a seven-point advantage.

“He’s looking to get things done in the legal process,” Leonard told Fox News of O’Rourke’s plan to grant amnesty to illegal immigrants in Texas should he win the state’s governor’s office. “People are going to have to follow the rules, the laws that are in place now. And if we can have that, we can get that established and have everybody doing that.” 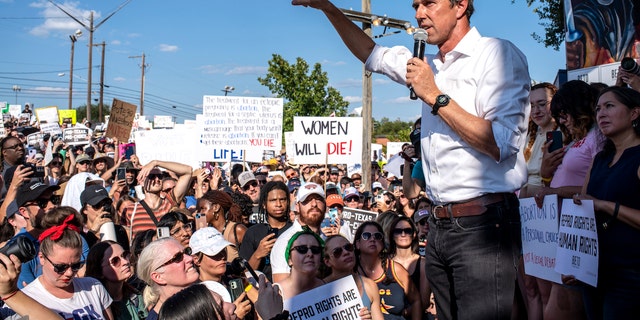 O’Rourke trails Abbott in the polls, but the Democrat’s supporters tell Fox News they remain optimistic he can pull out a victory.
(Sergio Flores/Getty Images)

O’Rourke, who previously represented El Paso in the U.S. House of Representatives, ran for president in 2020 but dropped out before the first primary. Abbott, meanwhile, is widely expected to launch a presidential campaign for the 2024 election.

O’Rourke handily won the Texas gubernatorial primary in March. He briefly postponed his campaign events in August while battling a bacterial infection.

Ramiro Vargas contributed to this report.

Ethan Barton is a producer/reporter for Digital Originals. You can reach him at [email protected] and follow him on Twitter at @ethanrbarton.