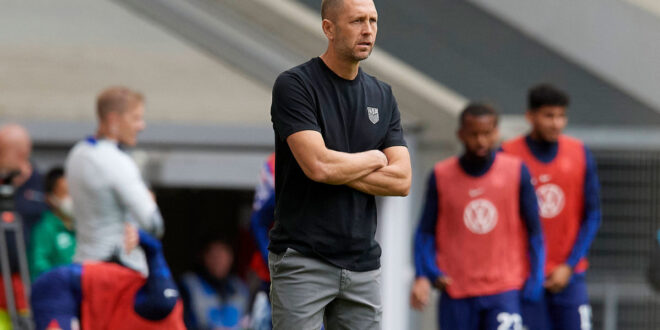 There are no full camps left, no friendlies to spring feelings of fan consternation remaining, no more in-person auditions to spare. The next time a U.S. men’s national team roster is announced, it will be the one that’s geared for Qatar and the 2022 World Cup.

It’s never that straightforward, though. Manager Gregg Berhalter has already cautioned that even after his Nov. 9 squad announcement, things could potentially change due to injury, given that there’s a weekend of club games abroad before the U.S. convenes in the World Cup host nation for a week of buildup to its group opener vs. Wales. But save for the last-minute, unwanted substitution, there’s little left that can be done to alter the calculus in building the U.S.’s 26-man squad.

Berhalter had estimated before the lackluster friendlies of the past week that he probably had 80–85% of his World Cup squad already sorted, and after a pair of goalless outings against Japan and Saudi Arabia, it’s tough to say how much his mind really could have changed beyond that—the caveat being that what happened in training behind closed doors could ultimately have proven influential. In the match situations, though, no forward distinguished himself in the brief window, while the big winners were likely Matt Turner, a goalkeeper already all but assured of going to the World Cup, anyway, and the lengthy list of injured regulars who were forced to miss out—and whose presence was sorely felt. And in the end, it appears the individual roster races may have dragged down the collective performance, at least according to the U.S. manager.

“I feel for them. It’s a difficult situation to be in,” Berhalter said following Tuesday’s 0–0 draw vs. Saudi Arabia. “Everyone’s fighting for roster spots and instead of coming out and really performing like the team we know we are, we lacked a little confidence in that.”

Club form, then, is all that’s left to help dictate the final places on Berhalter’s World Cup squad—even if form over fit remains a bit of an inconsistent notion with this team—and that’s where all the attention will turn over the next six weeks. As for the information and evidence we have thus far, here’s our best estimation of who’s a lock to go to the World Cup, who’s on the cusp of breaking through to snatch those final places and whose World Cup dreams appear to be on the way to being deferred for at least four years.

(To track the previous iterations of our squad projection, see versions 1.0—immediately after qualification was sealed—and 2.0—after the subsequent June international window. There will be a final, full 26-man projection before Berhalter’s squad reveal.)

Nobody has dropped off from our previous projection, while a few more creep onto the list and can start prepping their passports for Doha—even if their performances for club and country don’t necessarily scream “World Cup locks.” At a certain point, there has to be a level of acceptance that a manager’s preference is ultimately all that matters, and there’s enough of a track record throughout qualifying and the months that followed to add the likes of Long, Richards, Yedlin and Ferreira to this group, seeing how Berhalter rates his players and following his patterns of call-ups. You can disagree, and on paper and on film you may have a compelling case, but the team that’s being assembled is down to one coaching staff’s specifications and likings.

Within the locks tier there has been some movement. Turner has certainly earned the right to start in goal vs. Wales, while Steffen struggles for form and fitness with Middlesbrough—although his place among the final 26 has never truly appeared to be in jeopardy. Beyond that, there does have to be some concern over de la Torre (17 total minutes this season at Celta Vigo) and Richards (44 minutes in three Crystal Palace league appearances), their lack of playing time and what continued benchwarming would do to their form leading into Qatar. (Richards was forced to withdraw from September camp with an injury as well.)

All eyes, too, are on Reyna, who was forced out against Saudi Arabia after half an hour for precautionary reasons, according to U.S. Soccer. Given his injury woes over the last year, his status will be watched extraordinarily closely for the next month-plus. He’s a versatile difference-maker when healthy, but those last two words—when healthy—are the key to everything, for him, the U.S and his club. Borussia Dortmund manager Edin Terzić said Thursday that Reyna would be out 7–10 days with a “strain,” which still keeps him firmly in the World Cup picture but also underscores just how touch-and-go and fragile his status can be. If starting consecutive games over the course of the last week was too much, then consider how the intensity of a compressed group stage might impact his capabilities in Qatar.

On the surface, Pefok shouldn’t truly be in this group given his rapid adjustment to the Bundesliga and his production for the league’s first-place team, but a failure to be called in for this past camp raises plenty of concern regarding his U.S. outlook. Berhalter claims his omission was because of the fact that the coaching staff already knows what it can expect from the striker and wanted to get a closer look at the likes of Pepi and Sargent, and while there may be truth to that, the same could be said of any regular on the team that continues to be called in nevertheless.

Something about Pefok hasn’t quite clicked with Berhalter—imagine how different things would have been had he converted that golden chance at the Azteca vs. Mexico in qualifying—but if he keeps scoring at his current rate in Germany, he’ll be awfully difficult to omit from the final 26. It’s not like Pepi or Sargent ran with the opportunity of the last week and staked his claim. They are next up on the forward depth chart, though, and will be watched closely to see how they respond back at their clubs after doing all they could simply to get back into the U.S. mix.

At right back, the groin injury that forced Cannon out of U.S. camp could threaten his World Cup viability, which would provide a significant boost to Scally’s prospects.

Brooks, 29, may have the highest ceiling of any U.S.-eligible center back in the world—and he certainly possesses the invaluable World Cup experience that’s otherwise lacking in the player pool—but he’s also played a grand total of two club minutes over the last four and a half months and is still trying to break through at Benfica after signing there four weeks ago. And that’s after being repeatedly omitted by Berhalter from U.S. camps even while he was featuring regularly at Wolfsburg. His sand isn’t just running through the hourglass, it’s hemorrhaging downward. As for Ream, his performance and stature at Fulham haven’t really translated to the national team with Berhalter at the helm, so it’s less surprising to see the respected veteran left out of the mix despite what may otherwise merit a ticket.

Elsewhere, it’s just a matter of either depth-chart standing, injuries, newness to the group or personal preference keeping the remaining players—and other unlisted ones beyond them—from being part of the World Cup core. It’s a bit harsh for players like Roldan and Lletget, who helped this young group cut its teeth over the last few years, and for in-form forwards like Ebobisse, Vazquez and Wright, who are producing goals for their clubs with regularity, but cutting down to 26 is going to mean all sorts of inevitable snubs—fair or otherwise.