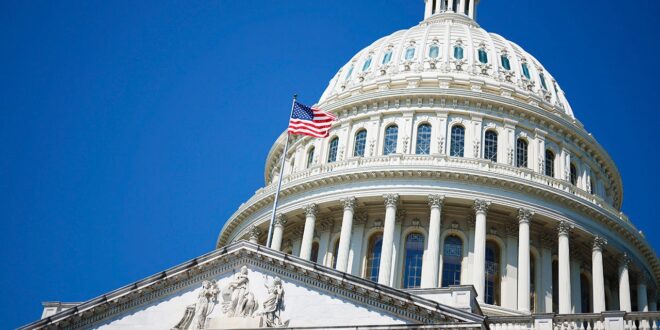 The number of veterans serving in Congress is at its lowest level since WWII, but a pro-military political action committee with a mission to help elect Republicans with military experience to Congress is looking to change that.

Frontline Patriots PAC is seeking “to promote and elect principled, conservative veteran leadership to congress” who have “a deep understanding of courage, conviction, and love of country that only true service can bring,” according to the PAC’s website.

To date, Frontline Patriots has raised a total of $133,000 and has served as a central repository for resource sharing between members of Congress and their Leadership PACs and WinRed accounts, whose contributions are also directed toward endorsed veteran candidates.

Additionally, the group has issued several endorsements for candidates in House races around the country and boasts a 78% win record, with 20 of the 25 Frontline Patriots endorsed candidates making up a third of all National Republican Congressional Committee “Young Gun” candidates in the 2022 cycle.

An American flag is shown flowing above the Capitol building in Washington, D.C., on Tuesday, July 12, 2022.
(Ting Shen/Bloomberg via Getty Images)

There are 91 veterans in the 117th Congress — 74 of which serve in the House and 17 who serve in the Senate. That total is five fewer than the 116th Congress and marks the lowest total of veterans serving in Congress since WWII, according to the American Legion.

Of the military veterans currently serving in Congress, 28 are Democrats and 63 are Republicans, and more than half of them served in overseas combat deployments, American Legion noted.

Speaking about the effectiveness and importance of the Frontline Patriots PAC’s work, Florida GOP Rep. Michael Waltz, who served in the military for more than 20 years and is the first retired Green Beret to be elected to the House, told Fox News Digital he has spearheaded the effort to help elect Republican veterans to Congress in 2022, calling it the “year of the GOP veteran.”

“The premise is, if you’re willing to die for this country, then you’ll be willing to take tough votes, roll up your sleeves and come here to get the job done,” said Waltz, who formerly served as a defense policy director in the Pentagon.

“In the 1970s, three quarters of the Congress, both Republican and Democrat, House and Senate, were vets, 75%. Today, we’re sitting around 15%. It’s a record low in our nation’s history, and I’m convinced that it is a big part of the explanation why we have a record amount of dysfunction,” Waltz said. 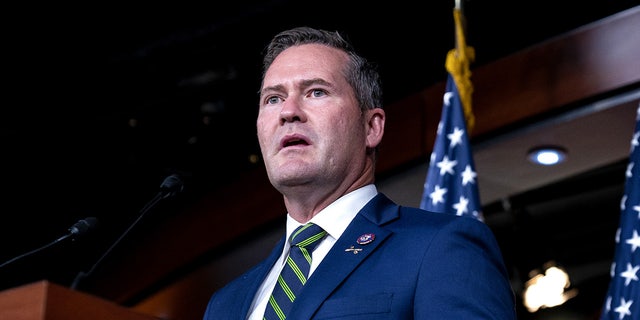 THE AMERICAN LEGION TURNS 103: A BRIEF HISTORY OF THE ORGANIZATION FORMED TO AID WWII VETERANS

“It’s not that we will agree on every issue just because we’re a veteran. We won’t and we don’t, but it’s the value and the ethos that we bring,” Waltz said, stressing the importance of having a veteran’s mindset in Congress. “In the foxhole, out on the plain, out on a ship, nobody cares about black, white, or brown. Nobody cares about race, religion, socio-economic background. All you care about is taking care of the men and women to your left and your right and getting the job done. You have an objective mindset.”

“In combat, if you don’t achieve your mission, really bad things happen,” he added. “I think too many people come into Congress these days don’t have that mindset and that’s why you see the nation’s problems dragging on and on and on. The other thing is that we have a really clear eyed appreciation for how great this country is.”

Describing basic freedoms in America that are often taken for granted, Waltz said serving abroad deepens a veteran’s appreciation for his homeland.

“I think it’s the mindset, the work ethic, the ethos that we bring that we need a lot more of,” he said, adding that there is an “authenticity factor” for veteran candidates seeking office in the upcoming midterm elections. 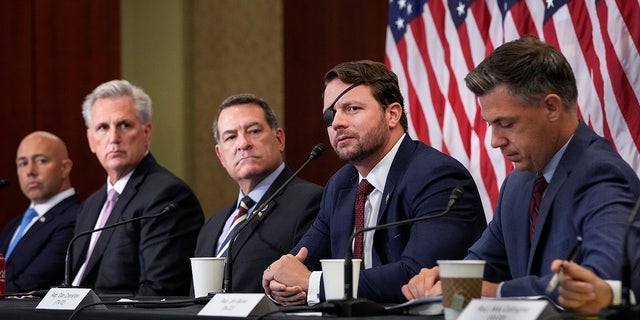 House Republicans, including those who served in the military, hold a meeting about the American military withdrawal in Afghanistan at the U.S. Capitol on Aug. 30, 2021 in Washington, DC.
(Drew Angerer/Getty Images)

Touting the PAC’s more than two dozen endorsements, Waltz said Frontline Patritos PAC is proud to support first-time veteran candidates who have been “running around the world getting shot at for decades and have decided to serve in a different way.”

“Getting engaged in a primary is where they need the right political team, the right messaging, the right type of resources to run in the right districts,” Waltz said. “It’s where we’ve been most effective and the numbers don’t lie.”

Waltz concluded that electing more veterans to Congress will help in providing aid for veterans in America who may lack adequate care.

“They appreciate someone who has worn that same patch and shared in that same blood, sweat, and tears as they have representing them here in office and fighting their fight and really being an extension of their voice,” he said. “That outreach from the community is most meaningful to me.”