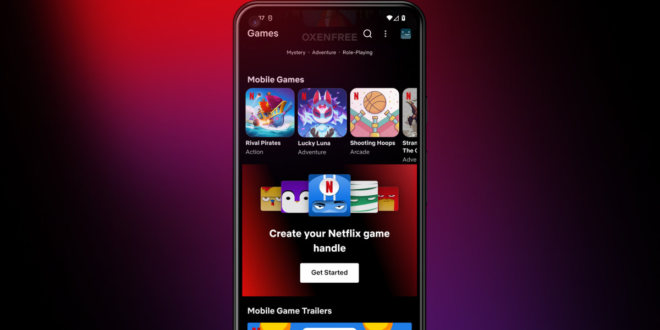 Netflix is officially introducing gamertag-style handles subscribers can use in its mobile games. The company first began rolling out handles that will be shown in multiplayer games and on online leaderboards in some games last month, but in a blog post published Tuesday, Netflix said that users can now set them up on both iOS and Android devices.

The process of actually making your handle differs depending on which operating system you use. On Android, in the games tab in Netflix’s navigation bar, you can tap the banner that says “Create your Netflix game handle” to get started. The iOS version of the Netflix app doesn’t have a dedicated games tab, so you’ll need to download a game like Rival Pirates or Lucky Luna and follow the in-app prompts.

I’m on iOS, so I set up my Netflix handle through Lucky Luna. The process was pretty simple: when I opened the app, I selected my Netflix profile and typed in the username I wanted. (You can make your name as long as 16 characters and a combination of letters and numbers.) The name was available, so I hit the “Let’s Play” button and jumped into the game. If you think you might want to change your username later, Netflix will let you do that.