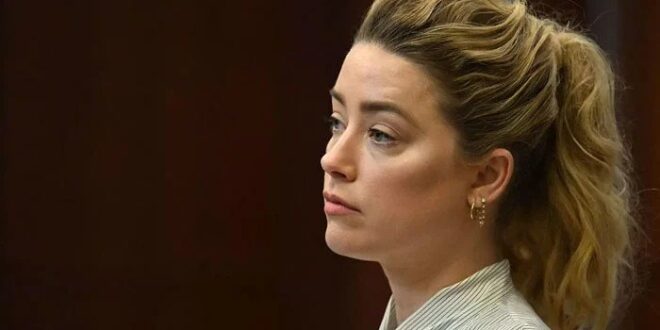 Amber Heard has brought a new twist to her legal battle by changing lawyers in order to force two insurance firms to pick up the bill for her libel payout to ex-husband Johnny Depp.

The Aquaman actress 36, was ordered to pay her ex-husband more than $10 million in damages at the end of the explosive trial in June when a jury ruled she had defamed Depp in a newspaper opinion piece published in 2018.

She is currently represented by David L. Axelrod and Jay Ward Brown in her appeal of that verdict.

The actress has also recently hired Kirk Pasich on her legal team in an attempt to get multiple insurance companies to cover her legal bills, which may surpass $15million, according to Puck News.

Puck claims that Heard’s expenses soared over $8million before the Virginia trial even began. Heard’s team appears to want homeowner’s insurance to cover those bills.

The insurers are currently suing Heard to avoid contributing to the libel settlement that has the Aquaman star set to pay Depp about $10.35million using a California law preventing insurers from covering ‘willful acts’. Pasich is representing Heard to try and deal with this situation on her behalf.

Double Jeopardy for Heard may find her responsible for the entire judgement if it survives her appeal, as Travelers will try to avoid paying it if Depp could prove she made false statements.

At the end of the defamation trial, Depp, 59, was awarded $10million to $15million in compensatory damages and $5million in punitive damages.