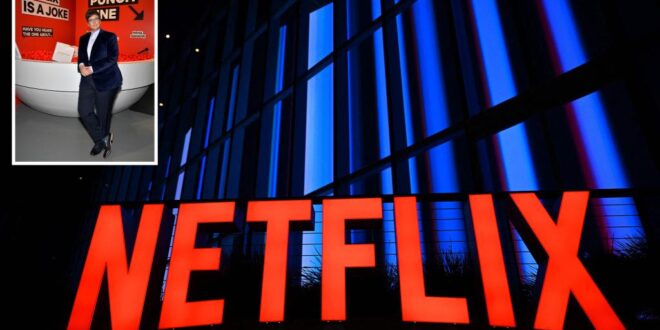 If Netflix is an “amoral algorithm cult,” then Hannah Gadsby is their newest member.

The 44-year-old funny woman has signed a multi-title-deal with the streamer — a mere 12 months after she slammed it and co-CEO Ted Sarandos for name-dropping her in an internal memo to Netflix employees about the controversial Dave Chappelle special.

Her new special will be recorded at the Sydney Opera House in Australia this week during her stop down under for her “Body of Work” world tour. The subject matter draws on romance and her recent marriage to producer Jenney Shamash.

The special is slated to premiere in 2023.

In 2018, Netflix released Gadsby’s “Nanette,” which went on to win an Emmy for Outstanding Writing for a Variety Special. The special’s follow-up, “Douglas,” also earned an Emmy nod.

However, Gadsby didn’t want anything to do with Netflix last year when she was roped into the controversy around Chappelle’s special, “The Closer,” which included a joke that some fans and Netflix employees found transphobic.

“Hey Ted Sarandos! Just a quick note to let you know that I would prefer if you didn’t drag my name into your mess,” she wrote on Instagram, addressing the executive. “Now I have to deal with even more of the hate and anger that Dave Chappelle’s fans like to unleash on me every time Dave gets 20 million dollars to process his emotionally stunted partial world view.”

“You didn’t pay me nearly enough to deal with the real world consequences of the hate speech dog whistling you refuse to acknowledge, Ted,” Gadsby alleged.

“F- -k you and your amoral algorithm cult… I do s- -ts with more back bone than you. That’s just a joke! I definitely didn’t cross a line because you just told the world there isn’t one,” she concluded.

But in a statement given to Deadline, Gadsby addressed the “notoriously transphobic industry,” but said that the multi-comic special, which will be recorded in London next year, will aim to amplify unheard voices.

“In an effort to further open a door that I had to fight to get through myself, I will curate and host a line-up show on Netflix featuring six new, gender-diverse comedians,” she pledged, according to the outlet. “In a notoriously transphobic industry, I am looking to broaden the scope of opportunities for genderqueer performers from around the globe, as well as expand the diversity of offerings to audiences on one of comedy’s biggest platforms.”

“Coupled with a mentorship initiative for these up-and-coming comics, the program aims to foster the professional development of a demographic that is still struggling to have their voices heard,” Gadsby ended.