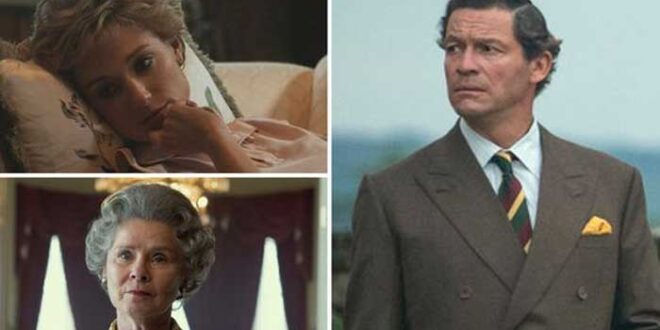 The Buckingham palace has reportedly moved to protect the new King’s reputation ahead of the upcoming season of The Crown showing “all out war” between then-Prince Charles and Princess Diana.

A friend of the new King, according to  The Telegraph, also raised voice  about the “exploitative” show and said that Netflix would have “no qualms about mangling people’s reputations”, adding “what people forget is that there are real human beings and real lives at the heart of this.”

The Palace is reportedly also concerned about the upcoming season of  the show, that may damage the new monarch’s reputation. The Crown drops on November 9, and Charles is being played by Dominic West, while Elizabeth Debicki is taking on the role of Princess Diana.

The timing “could not have been worse” with the show coming just two months into his’ reign, and apparently this is the new clip from The Crown that has everyone on edge.

However, the streaming giant decided not to delay the release of Season 5 in the wake of the Queen’s death, and apparently it will cover 1992—a particularly rough year for the Queen when Charles and Andrew’s marriages ended, and Princess Anne divorced her then-husband Mark Phillips.

Prince William and Harry’s mom Diana’s Panorama interview (which was reportedly obtained unethically) and Charles’ interview where he allegedly admitted to cheating will be included in the show.

“You will see the King and the Queen Consort on state business in the UK and abroad and people will have more of an opportunity to compare the real people with the fiction they see in The Crown,” according to   Telegraph source.

Previous Inside the tragic life of Jeffery Dahmer’s last would-be victim — from hero to prisoner
Next Biden student loan handout to cost more than $400 billion: CBO