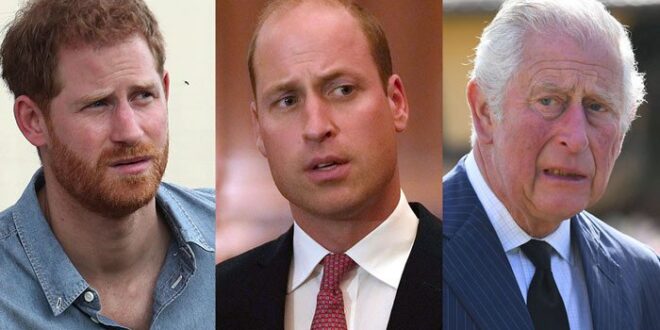 Prince Harry didn’t have it easy during Queen Elisabeth II’s  funeral as the Duke seemed to “struggle”, claimed a body language expert.

During her conversation with Express, Judi James shed light on Prince Harry’s gestures which suggested the royal was uncomfortable amid the reunion.

Judi said: “Harry has seemed to struggle at times, in a way that suggests not only mourning but also sadness at the sight of his family.”

The expert added: “It’s clear the couple feed off one another and their instant hand clasp after the service, plus the way we could see Meghan stroking Harry’s hand and back in a gesture of reassurance showed how vital this contact and the tie-signs are for them.”

Judi further explained: “There seems to have been no re-bonding signals with William or Charles, and there have been times the couple have appeared wary or reluctant to move into the crowds without using non-verbal checking rituals first.”

The expert noted that the Duke of Sussex didn’t act like a “prodigal son” and neither the family treated him like one.