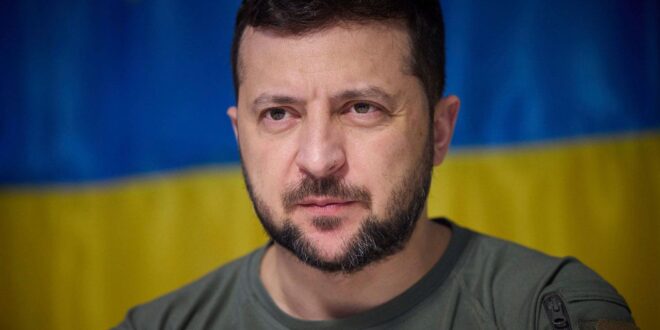 A government funding bill set for a Tuesday procedural vote in the Senate will include over $12 billion to help Ukraine continue fighting its bloody war against Russia, a source familiar with the matter told Fox News Digital.

The inclusion of the funding comes after President Biden requested $13.7 billion for Ukraine earlier this month. If the Senate bill passes, this latest tranche will bring the total funding for Ukraine approved by Congress up to approximately $65 billion.

The source familiar with the bill said it will also include funding for Afghan ally resettlement; winter heating assistance; aid for Jackson, Mississippi, amid its water crisis; reauthorization of FDA user fees, and more.

Biden also asked for money to fight COVID-19 and monkeypox, though many top Republicans opposed those priorities and it is not clear if they will make it into the bill.

The United States has already provided approximately $54 billion in funding to help Ukrainians and their president, Volodymyr Zelenskyy, defend themselves against Russia’s invasion.
(Ukrainian Presidential Press Office via AP, File)

Congress faces a midnight deadline on Friday to pass the temporary funding bill or else nonessential parts of the government will shut down. That bill is expected to keep the government funded until after the midterms.

It’s common for lawmakers to try to add other priorities onto these last-minute bills, though some are likely to complain about these additions. Many Senate Republicans say they want the funding bill to be as “clean” as possible.

A significant proportion of Republicans, particularly senators and moderates in both chambers, are still supportive of continued funding for Ukraine. But another round of foreign aid could draw complaints from GOP fiscal hawks and those concerned about increased U.S. involvement in that war.

Republicans supportive of the funding, plus the Democratic majority in both chambers, will likely add up to more than enough votes to get the Ukraine money to Biden’s desk.

SEN. JOE MANCHIN PRESSED ON HIS ENERGY PROPOSAL: ‘WE NEED TO COME TOGETHER AS AMERICANS’

The biggest issue facing the funding bill, the text of which has yet to be released, will likely instead be an energy permitting bill backed by Sen. Joe Manchin, D-W.Va. Manchin made a deal with Senate Majority Leader Chuck Schumer, D-N.Y., last month to bring permitting reform for a vote in exchange for his support of Democrats’ social spending and taxation bill.

Schumer scheduled a vote on the package, to include Manchin’s energy proposal, for Tuesday night.

But it may not have enough support, given opposition from environmentalist Democrats and many Republicans who, even though they like the underlying permitting policy, are angry at Manchin for his vote on the social spending and tax bill.

If that vote fails Tuesday, Congress will face a mad dash to avoid a partial government shutdown before the Friday deadline.