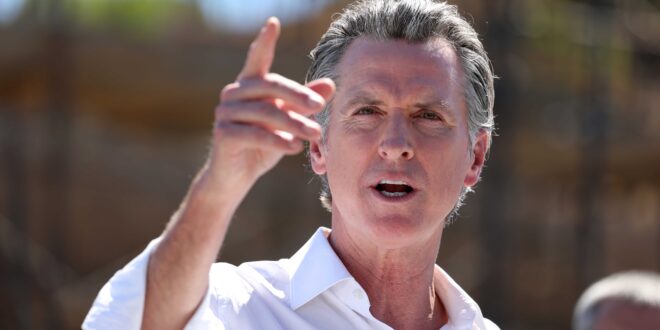 California Gov. Gavin Newsom on Saturday appeared to flout his own state’s laws by speaking at an event in Texas, one of 22 states for which California has banned official government travel.

Speaking at the Texas Tribune Festival in Austin, Texas, Newsom called for an overhaul of Democrats’ political strategy saying the party is “getting crushed” by Republicans in part because they are too timid, often forced to play defense while Republicans “dominate with illusion.”

California has banned state-funded travel to states with “discriminatory laws.” The state first passed the law in 2017 in reaction to North Carolina preventing transgender people from using restrooms that aligned with their own identity. In the ensuing years, the list of banned states ballooned from four to nearly two dozen.

One of those states on California’s naughty list is Montana, where Newsom vacationed earlier this summer to visit his in-laws. Newsom’s team said he did not violate the law as he was traveling in his personal capacity – despite having a security detail.

Fox News has reached out to California Attorney General Rob Bonta’s office, which is ultimately responsible for deciding which states make the list. 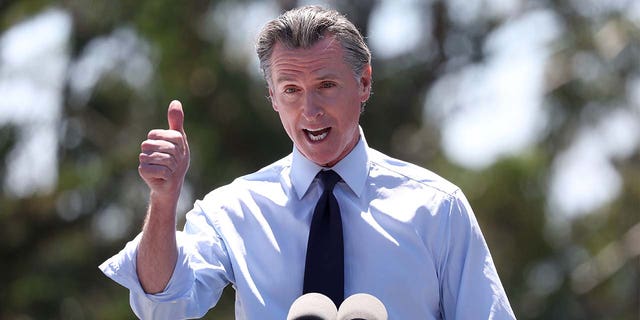 Newsom, who is running for reelection as governor of California, has spent millions of dollars in his campaign account on TV ads in Florida urging people to move to California, newspaper ads in Texas decrying the state’s gun laws, and putting up billboards in seven states urging women to come to California if they need an abortion. Florida and Texas are among the top states Californians are moving to over the past few years.

“I cannot say it enough,” he said. “I never trust politicians, so I get why you keep asking.”