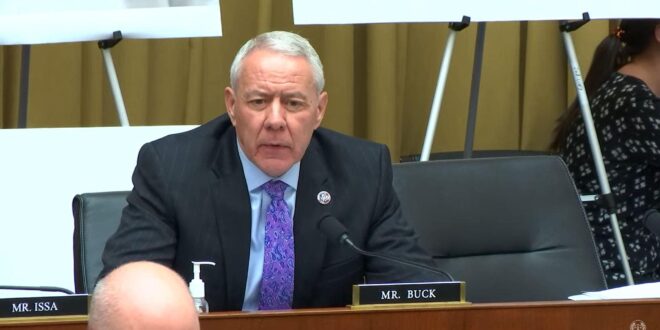 A three-part package of antitrust legislation authored by Rep. Ken Buck, R-Colo., aimed at strengthening antitrust laws and the ability to enforce them will come up for a vote this week in the House.

The news comes as bipartisan criticism mounts against perceived misuse of user data in the case of social media companies, and alleged anti-competitive business practices both in e-commerce and in international business, particularly in regard to China.

Endeavors to rein in Big Tech are the rare issue in Washington, D.C., that often receives bipartisan support, typically from the conservative right and progressive left.

The Media Research Center found that “secondhand censorship” is allowing big tech platforms to shield Americans from content that would otherwise come across on social media.
(Muhammed Selim Korkutata/Anadolu Agency/Getty)

One piece, the Foreign Merger Subsidy Disclosure Act, keys into that idea and would require companies operating in the U.S. participating in business mergers to disclose financial or other ties to foreign governments.

That part of the package responds to claims that entities owned, or effectively owned, by foreign governments are able to do business in an anti-competitive way therefore unfairly disadvantage the U.S. free market.

Chinese firms, for example, are often connected directly or indirectly to the Beijing government, eliciting concerns from lawmakers like Buck when U.S. firms seek to forge business relationships with them. Under the new bill, U.S. regulators would be able to identify and take action against reports of commercial unfairness. 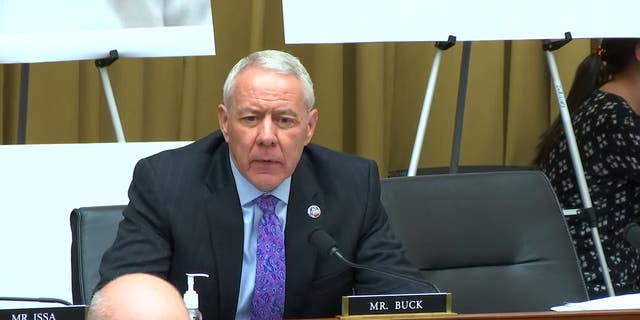 A second piece of the package responds to instances where state attorneys general have sued Big Tech firms on antitrust and other grounds, but have been hamstrung by the relative inability to coordinate their similarly-structured suits.

The State Antitrust Enforcement Venue Act would also effectively give court-venue advantage to state governments in the same way the feds enjoy during litigation.

Buck told Fox News Digital the three-tiered package is a “litmus test” for members, including of his own party, to prove their “appetite to take on Big Tech,” alluding to the across-the-aisle, but not definitively bipartisan, nature of antitrust and tech-sector legislation.

“Are we going to protect competition with reasonable antitrust reforms or are we going to allow goliath tech firms to crush small businesses and conservatism at the same time?” Buck added. “We are going to find out this week.”

RAND PAUL RIPS DC ESTABLISHMENT COUNTERING BIDEN ON COVID: NOT IN CHARGE OF HIS WITS OR THE WHITE HOUSE 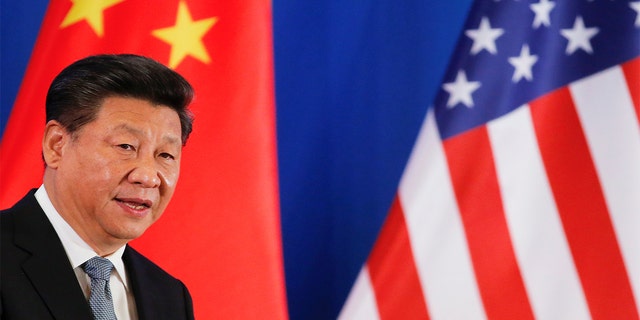 China’s President Xi Jinping speaks during the joint opening ceremony of the 8th round of U.S.-China Strategic and Economic Dialogues.
(REUTERS/Damir Sagolj)

Buck has previously said many legislative attempts to strengthen antitrust enforcement or even the playing field in e-commerce and rein in alleged censorship have been insufficient and ineffective.

“[T]hey included some vague language about streamlining anti-tech but in terms of actually addressing the details of updating antitrust laws so that they include e-commerce on the issues that we’re dealing with today, they didn’t address that,” he told Fox News Digital in May.

Proponents of such legislation have indeed spanned the political spectrum, with District of Columbia Attorney General Karl Racine being a prominent Democrat in that regard.

Earlier this year, Racine similarly compared legal fights between states and such firms to be like “David vs. Goliath.”

In one of Racine’s suits, a Washington, D.C., court reportedly rejected a motion by Google to block a lawsuit aimed at the company’s purported misuse of users’ location to present them with targeted advertisements.

The Democrat has also sued Meta CEO Mark Zuckerberg, alleging he was directly involved in Facebook decision-making when it failed to protect user data in connection with the Cambridge Analytica scandal, for which the company did not admit wrongdoing as part of its settlement.

Charles Creitz is a reporter for Fox News Digital.