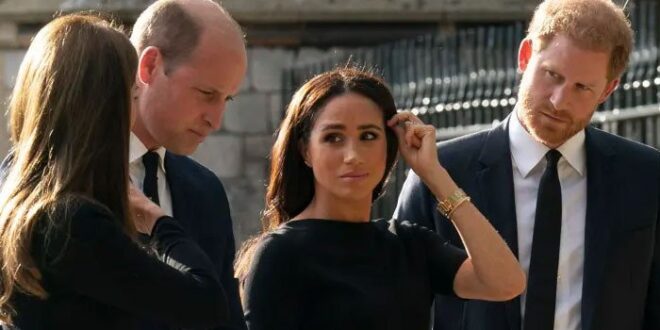 He made the admissions to Virgin Radio while weighing in on Meghan Markle and Prince Harry’s reunion with Prince William and Kate Middleton.

He began by telling listeners, “It was good to see them coming together but I think that it’s been described as more of a truce than a proper peace settlement.”

“We know Harry has got this book coming out. How much damage will that book, if it genuinely is what people think it is, a real tough thumping assault of what he has had to endure as a young prince.”

“How much damage will that cause his father, the new king? His brother – the heir? All of these things are important.”

“I think it’s tricky on issues. For example, the well known rift between William and Harry, Kate and Meghan. How much of that do you cover? When you’re covering a story of the magnitude with the passing of the monarch.”

“On one level it’s soap opera stuff and you might be inclined to leave most of it alone, on the other it has genuine constitutional relevance and importance.”

Before concluding he also added, “It’s important that the new king has the support of both his heir and his other son. I think it’s important now to clarify, going forward, what is the role of the Duke and Duchess of Sussex in this Royal Family because I don’t think you can sustain a rival Royal Family running around. These things have to be settled.”