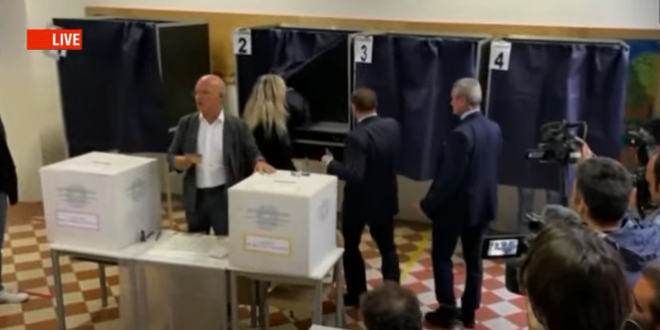 Public spaces in Italy, such as schools, are turning into a polling stations this Sunday as millions of Italians will elect for the new parliament.
Here, I’m standing in front of one of the buildings that will be used for national elections, as we know that Prime Minister Draghi’s government has collapsed, primarily due to the question from the right-wing party about Italy’s stability.