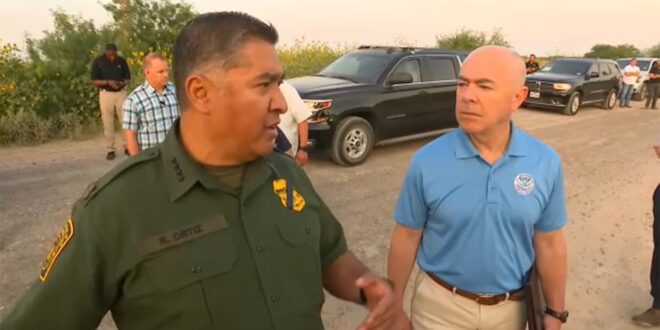 During an interview on “Fox News Live,” Saturday, Arizona Attorney General Mark Brnovich slammed the Biden administration for their weak border policies, arguing that America is “less safe” as a result of the record amount of drugs, criminals, and illegal migrants that are pouring across the U.S. southern border.

ARIZONA ATTORNEY GENERAL MARK BRNOVICH: I actually think that answer is comical, but this is no joke. The American people are paying the price for this. Absolutely not. You just went through, Griff, the record amount of number of people coming into this country. But I think we need to focus on a couple of other things. Just in August, just in the month of August, more people had encounters with Border Patrol that were coming in the country illegally than the entire population of Little Rock, Arkansas. We know that since Biden’s taking over as president, enough to fill three US states have crossed our border illegally.

But we also know people on the terror watch list have come into this country in record amounts. We know that fentanyl is pouring into our country in record amounts and Americans are dying. And in fact, as a prosecutor, when I see the price of fentanyl fall from $20 a pill to $5 a pill, I know that our sons, daughters, nieces, nephews, our children are going to be dying. And that’s why you see these staggering numbers where most people now in that age group of 18 to 49 are dying as a result of those overdoses. So Americans are dying. People are coming in record numbers. Criminals are coming in. America is less safe. But I do not know what measure Secretary Mayorkas is using. So I think their lack of integrity is only surpassed by his ineptitude.