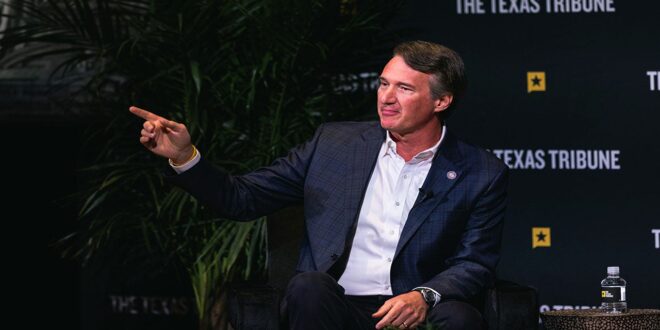 AUSTIN, Texas — Many of the same issues that propelled Glenn Youngkin to an upset victory in Virginia’s gubernatorial race last November, including education and public safety, are still at the top of voters’ minds ahead of the midterm elections, the Virginia governor told Fox News Digital in an interview at the Texas Tribune Festival on Friday.

Inflation, which is hovering around 40-year highs, and a worsening border crisis are also key issues for Virginians, whom the former business executive refers to as his “bosses.”

“Tucked up right behind [inflation] is education, and the future for their children, and their confidence that their schools are going to work with them, not shut them out.”

Glenn Youngkin, governor of Virginia, speaks during The Texas Tribune Festival in Austin, Texas, US, on Friday, Sept. 23, 2022.
(Jordan Vonderhaar/Bloomberg via Getty Images)

Education was a pivotal issue in Youngkin’s race last year against Democrat Terry McAuliffe, with disagreements about school mask mandates evolving into debates about curricula in K-12 schools.

“I can’t begin to understand how someone could believe that bureaucrats and politicians know better for a child than a child’s parents,” Youngkin said.

A worsening migrant crisis has also turned every state into a border state, according to Youngkin.

There were more than 203,000 migrant encounters at the border last month, bringing the total for the fiscal year to over two million, a new record high.

“We need to secure the border and go back to a policy where people who want to come into the United States have to be on the other side of the border and apply to come in,” Youngkin said, referencing the “Remain in Mexico” policy, which was ended by the Biden administration. “That’s just common sense. They can do it immediately.” 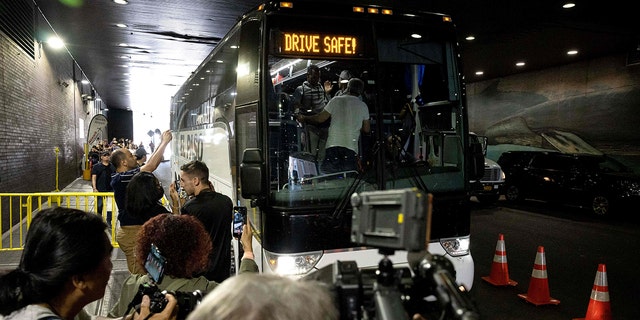 A bus with migrants on board, originating in Texas, arrives at Port Authority Bus Terminal in New York City on August 25, 2022.
(YUKI IWAMURA/AFP via Getty Images)

Texas Gov. Greg Abbott started busing migrants to New York City, Washington, D.C., and Chicago earlier this year to try to bring light to the record numbers of migrants coming across the border – a move that has been harshly criticized by many Democrats.

Vice President Kamala Harris, who was named border czar last year, accused Abbott and Florida Gov. Ron DeSantis of “dereliction of duty” for playing “games with human life” in an interview with Vice News this week.

With the midterm elections just six weeks away, Republicans are expected to take a 13-seat majority in the House of Representatives, according to the latest Fox News Power Rankings, which uses polling averages, election fundamentals, and other data points to project elections.

The Senate, meanwhile, remains a toss-up, with Republicans expected to take 51 seats and Democrats 49.

“Voters spoke loudly in Virginia last year and I think this is a moment where now across the country in governors races and congressional races and senate races, voters will speak again,” Youngkin said Friday.