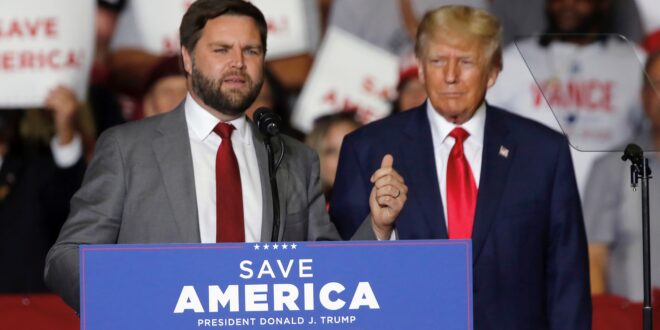 With help from Trump and Republicans, Vance putting summer woes behind him in Ohio Senate battle

JD Vance: A war is being waged on Ohio auto owners

After a summer where he was out raised and outspent, Republican Senate nominee JD Vance of Ohio says he’s in a “good spot” with less than seven weeks to go until November’s midterm election.

“We’re going to win the race,” the first-time candidate, former hedge fund executive and best-selling author predicted in a Fox News interview, as he faces off against longtime Democratic Rep. Tim Ryan in the battle to succeed retiring GOP Sen. Rob Portman. The race in the Buckeye State is one of a handful across the country that will likely determine if Republicans win back the Senate majority.

After winning a crowded and combustible Republican Senate primary in May, thanks in part to the endorsement and on-the-ground support from former President Donald Trump — who remains the most popular and influential politician in the GOP — Vance faced a summer of negative headlines and complaints from many Republicans over the state of his general election campaign.

“I don’t think we ever lost the momentum,” Vance argued when asked about the criticism. “I’ve heard these stories. I don’t think they ever had much to them.”

The GOP nominee was left in the dust by Ryan in the April-June second quarter of fundraising, and Vance acknowledges that “certainly we were out raised during the summer no doubt about it. I think it took a little bit of time for our donors and also our grassroots base to really get re-engaged after the primary. That was somewhat expected.”

Vance’s campaign told Fox News that fundraising in August and to date in September has been “significantly better than last quarter” and they said they’ll have the funding needed to stay up on TV with ads through Election Day.

“We’ve had a very specific plan to ramp up our messaging after Labor Day. We’ve done exactly that. We’ve raised the resources necessary to accomplish that,” Vance said.

THESE 11 SENATE RACES WILL DECIDE CONTROL OF THE SENATE

An average of the latest public opinion polls compiled by Real Clear Politics indicates Vance with a razor-thin two-point edge over Ryan. Meanwhile, GOP Gov. Mike DeWine is up by 16 points over Democratic challenger Nan Whaley in an average of the most recent surveys.

Ohio was once a crucial general election battleground, but Trump carried the state by eight points in both his 2016 presidential election victory and his 2020 re-election defeat. And Vance got a boost from Trump last weekend, when the former president returned to the state to team up with the Senate nominee at a large rally.

“It gives us a great boost,” Vance noted. “You get local media really plugging into these rallies.”

“Obviously, the grassroots love the president and having him here, reminding people that we do have an election in November, I think will hopefully juice turnout and keep people engaged in door knocking and phone banking and all the stuff you need to maximize turnout,” Vance stressed.

The Trump rally was held in Ryan’s hometown of Youngstown, a working-class city in northeast Ohio, which Vance said was “definitely a bit of a statement.” 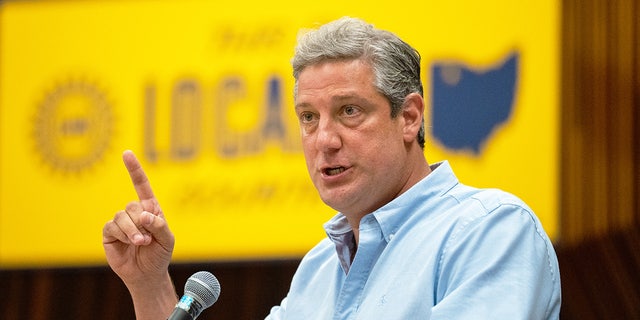 Ryan has long run as a moderate and populist style Democrat who’s a friend to blue collar workers, many of whom were former Democrats before supporting Trump. And in his TV ads over the summer Ryan took aim over China on trade. He also touted in his campaign commercials that “I agreed with Trump on trade… I voted against outsourcing every single time,” as he also spotlighted his policy differences with President Biden.

Pointing to the Youngstown rally, Vance said “I do think that it was a well-chosen location. I think that it will drive turnout among a lot of union people to the candidate that’s actually going to stand up for workers, which is me.”

The former president charged during the rally that Ryan’s no friend of the Trump movement even if he is “acting as though he is my friend on policy.” And Vance argued that “I think the president really highlighted how much the picture that Tim Ryan presents as a moderate is totally fraudulent.” 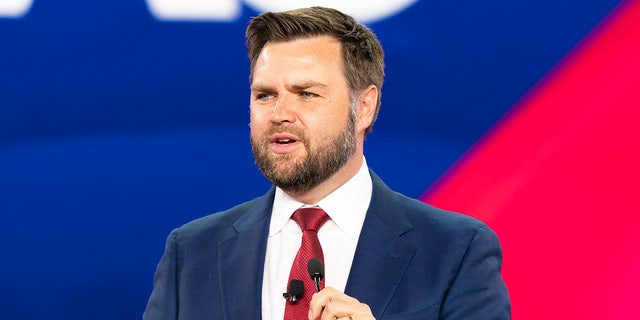 As he increases his imprint on the airwaves this autumn, Vance is getting a big boost from the Senate Leadership Fund, which is the top super PAC supporting Republican candidates and incumbents running for re-election. The group, which is aligned with longtime Senate GOP leader Mitch McConnell, is dishing out $28 million to support Vance.

But McConnell has long been attacked by Trump, who at last weekend’s rally once again blasted the senator from Kentucky and urged Vance to stand up to McConnell and “get him out of there.”

“Mitch McConnell is a disgrace and I hope you are going to do something about it, JD,” Trump emphasized.

Asked about Trump’s comments, Vance told Fox News he’ll “take help from wherever I can get it because I want to win the race and save the country. And for me, I just try not to get involved in the debate between those two very powerful figures. The president is helping me and I’m glad to have his help. And I’m grateful that the national party is spending in Ohio because I think it’ll help us win. And that’s all I really care about.”

Vance’s language towards McConnell is a softening of his criticism of the Senate GOP leader during the primary, when he touted that he was “the only person in the Ohio Senate race who’s actually been willing to criticize leadership.”

Ohio Democratic Party spokesman Michael Beyer charged that “J.D. Vance used to brag about being willing to criticize Mitch McConnell, but now that it no longer suits his political needs, Vance no longer dares speak out against the GOP leader — even to defend himself against McConnell’s criticisms. If J.D. Vance is too much of a coward to stand up for himself when McConnell insults him, how can he be trusted to stand up for Ohioans at all?” 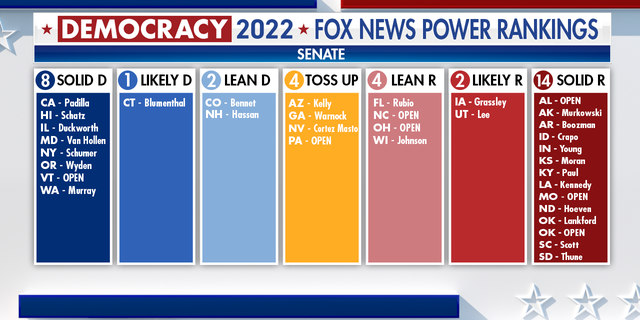 Ryan has taken aim at Vance the past two weeks over the combustible issue of legalized abortion — particularly after Republican Sen. Lindsey Graham of South Carolina unveiled a plan to implement a 15-week federal abortion ban. Democrats across the country have repeatedly spotlighted abortion in the wake of the late June blockbuster move by the Supreme Court’s conservative majority to upend the landmark Roe v. Wade ruling and send the issue of legalized abortion back to the states.

Asked about Graham’s proposal, Vance answered that “my view is that we want states making abortion policy and California’s view may be different from Ohio’s view and that’s just fine. And that’s what the Supreme Court has ultimately decided.”

But he argued that “most people agree that we should be banning abortion in late term with reasonable exceptions, but most people believe… late term elective abortion is not a good thing. And the Democrats have a very radical view here. And, you know, I think it’s totally reasonable to say after 15 weeks, with reasonable exceptions, that we should not be aborting babies… I’m pro-life. I’ve never hidden from that or never shied away that.”