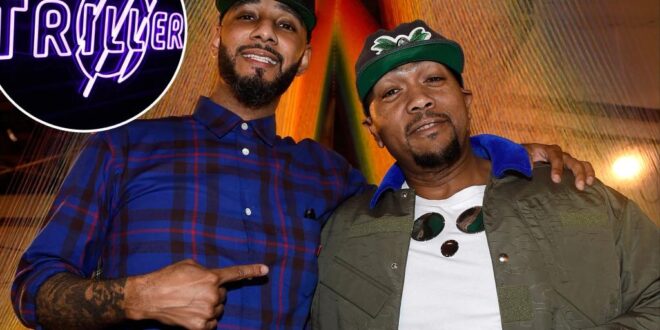 The hit streaming rap-battle show, which was created by the two hip-hop producers in 2020, pits music artists against each other in the form of freestyle rap.

But after the deal, the pair alleged that the company, created in 2015 by financier Ryan Kavanaugh, defaulted on the deal after just two payments.

Specific terms of the settlement did not immediately become clear.

“Verzuz has always been a platform that is by the artists, for the artists and with the people,” Swizz Beatz and Timbaland said in a statement, according to Variety.

“We’re glad to come to an amicable agreement with Triller and continue giving fans the music and community that they’ve come to know and love from the brand.”

After news of the lawsuit broke in August, Triller told The Post that the suit was “truly unfortunate” and had hoped to “resolve this amicably and quickly.”

“We hope it is nothing more than a misunderstanding driven by lawyers,” the company said. “We do not wish to air our dirty laundry in the press, but we have paid Swizz and Tim millions in cash and in stock.”

Triller added, “No one has benefited as much from Triller to date. Triller has helped fuel VERZUZ to new heights – making it the global cultural phenomenon it is today.

“If we are forced to defend it, we are more than optimistic the truth and facts are on our side.”

Swizz Beatz — who is married to singer Alicia Keys — joined forces with Timbaland in the early stages of the COVID-19 pandemic to bring “Verzuz” to life.

The pair went head-to-head in a rap battle in March 2020, igniting major interest in the show which later saw some of the biggest names in rap take to the stage.

John Legend, Keys, 2 Chainz, Rick Ross, Too $hort, Patti LaBelle and Gucci Mane are just some of the huge names who have taken part in the series.