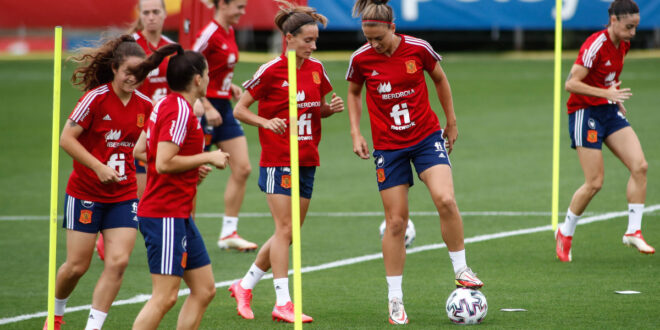 The Royal Spanish Football Federation announced on Thursday that 15 players from Spain’s women’s senior soccer team emailed the RFEF asking to resign from the national team.

The reasoning for these players’ decisions is that they feel their mental health and “emotional state” are being affected negatively by coach Jorge Vilda. The 15 women claim they won’t return to the team unless he steps down.

The RFEF called these 15 emails “an unprecedented situation in the history of football, both male and female, in Spain and worldwide.”

These players will not be allowed to return to the national team in the future unless they apologized to the RFEF and “asked for forgiveness,” the statement reads.

“The RFEF is not going to allow the players to question the continuity of the national coach and his coaching staff, since making those decisions does not fall within their powers,” the statement reads, according to The Athletic’s translation. “The Federation will not admit any type of pressure from any player when adopting sports measures. These types of maneuvers are far from exemplary and outside the values ​​of football and sport and are harmful.”

Additionally, the RFEF’s statement notes that with the current Spanish legislation, these 15 players could potentially be disqualified for two to five years since they did not accept the call to the national team.

As of right now, the U.S. women’s national team is expected to play against Spain on Oct. 11 in a friendly.