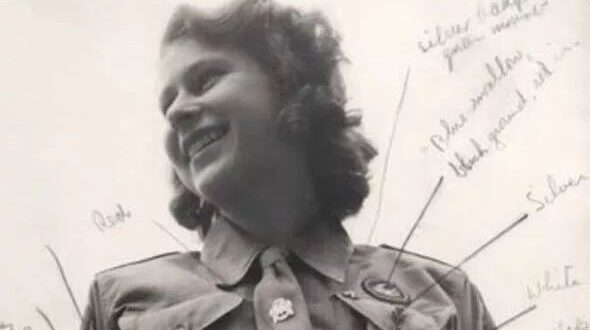 Queen Elizabeth’s unseen photo along with her ‘scribbled’ handwriting revealed

Queen Elizabeth II was laid to rest in Windsor on September 19 after Her Majesty breathed her last in Balmoral on September 8.

Following her death at the age of 96, a previously unseen photograph of the young Queen has been unveiled online.

Hanley, a former Bond girl, is the granddaughter of Lisa and Jimmy Sheridan, who run Studio Lisa and photographed the royal family for three generations.

The photo, taken in 1942, shows the then-Princess Elizabeth in a Girlguiding uniform, an organization she joined in 1937 aged 11.

Speaking on her radio show, Hanley, 75, recalled memories of her grandparents and their experiences with the royals.

“Last Saturday would have been my mother’s birthday so I, like so many other people whether monarchists or not, shall be unashamedly sharing reminiscences both personal and historical – plus, of course, playing songs to cheer us up and to keep us going,” she said.

“On my show, I’m going to be talking about a wonderful photograph of Her Majesty as a Girl Guide,” she added.

“My grandmother Lisa Sheridan had taken the photograph, and she sent it to the palace and wrote that because it was in black and white, ‘could somebody please tell me what the colour of the badges were that the princess was wearing.’”

“And a letter came back along with the photo with notations on it from Windsor Castle from Princesses Elizabeth and Margaret’s governess Marion Crawford.”

“Princess Elizabeth wrote them herself’, so it’s very much the type of thing a nanny would write! I’m very lucky to have this history,” she shared.

According to The Mirror, the Sheridans were awarded two Royal Warrants, one from the Queen Mother and one from Queen Elizabeth II.

Previous Timbaland, Swizz Beatz settle with Triller in $28M over ‘Verzuz’ payment
Next Ukrainians in Kremlin-backed territory vote whether to join Russia in ‘sham referenda’