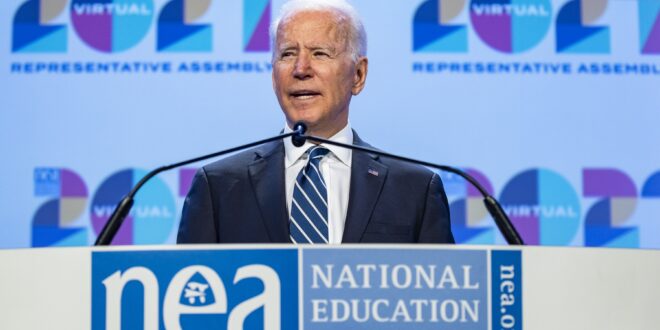 America’s largest labor union where President Biden spoke Friday has donated almost exclusively to Democrats, including the president, showering the party with a lopsided portion of its total political contributions, according to campaign finance data.

According to Open Secrets, the National Educators Association (NEA), which represents public school teachers and staff and advocates for the education of America’s children, has given more than 98% of its total political contributions for the current 2022 midterm elections cycle to Democratic congressional candidates, compared to less than 2% to Republicans.

The amounts given during the 2020 elections reflected a similar advantage towards Democratic congressional candidates, with nearly 95% of all the NEA’s contributions going to the party, and just 2.5% going to Republicans.

Each of the amounts was made up of contributions from individuals associated with the NEA, as well as its associated political action committee (PAC).

So far this cycle, Biden has received nearly $10,798 from the NEA, which includes contributions from individuals, the organization itself, and its related PAC. In 2020, he received $200,522.

In both cycles, a majority of the total amounts came from individuals associated with the NEA, rather than it’s associated PAC.

Other Democratic candidates in hotly contested races this year have also benefited from the NEA’s deep pockets:

Each of those amounts includes contributions from individuals associated with the NEA, as well as its associated PAC. 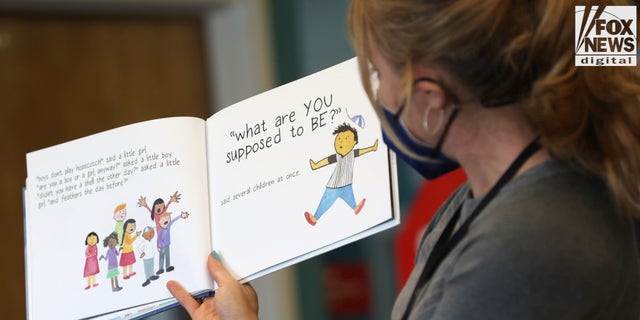 An elementary school teacher is seen reading a book about gender to students.
(Getty Images)

The NEA has faced criticism over its approach to education, including for allegedly promoted explicit sexual content to teens, as well as for passing a resolution earlier this year that would allocate thousands of dollars to conduct opposition research on organizations that were supposedly attacking gender identity and sexual orientation freedoms in public schools.

The organization has also supported the teaching of Critical Race Theory in schools.

Biden’s speech at the NEA Friday was sponsored by the Democratic National Committee.