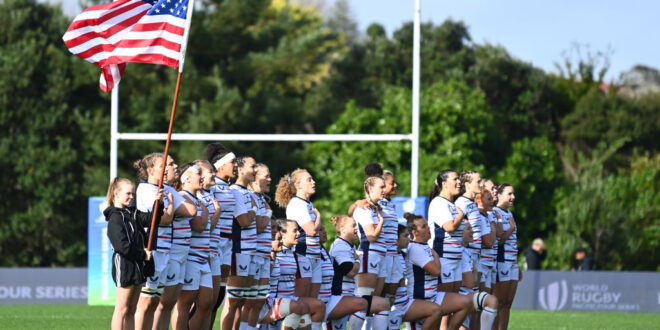 The USA won the first-ever women’s Rugby World Cup back in 1991 and played in the next two finals, but haven’t finished higher than fourth at any of the tournaments since.

They are currently ranked sixth in the world but have struggled results-wise recently. They have lost their last three matches to Pool B opponents Canada and failed to win a game at this year’s Pacific Four Series.

They beat Scotland 21-17 in August as part of their build-up to the World Cup but it was not as convincing a result as they would have hoped – and they were then comprehensively beaten 52-14 by England in their other warm-up.

Former Saracens coach Rob Cain is at the helm of the USA and the team is led by Exeter Chiefs No 8 Kate Zackary, one of a number of players who ply their trade in the Allianz Premier 15s. The hope is that the experience gained in such a competitive league will lead to improved performances in New Zealand.

There’s a mix of youth and experience in Rob Cain’s squad. Nine players have previous World Cup experience while others heading to New Zealand will get their first taste of this tournament.

Prop Hope Rogers will play in her third World Cup, having also competed in 2014 and 2017, while Kate Zackary will continue as captain of the team having taken on the role in 2018.

“It’s been great to see players get more caps these last 12 months, adding eight or nine games to allow for combinations to be created and take advantage of our opportunity windows. Now we have an opportunity to cement it.”