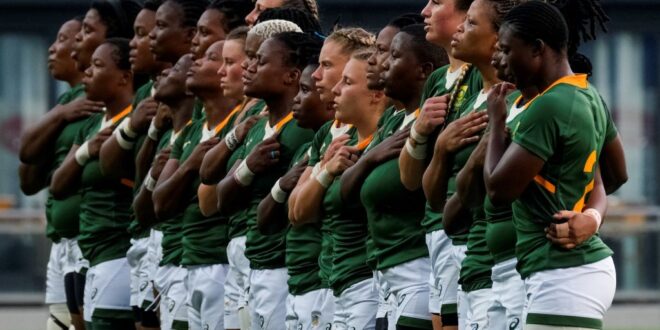 South Africa make their return to the women’s Rugby World Cup for the first time since 2014 after deciding not to enter RWC 2017.

SA Rugby have focused on rebuilding the women’s programme over the past eight years and go into this tournament on the back of some confidence-building results – a 1-1 series draw in Japan and a 2-0 series win over Spain.

Off the field, former Ireland centre Lynne Cantwell has taken over as South Africa’s high-performance manager for women’s rugby and is aiming to increase player numbers and standards.

With England and France both in their pool, along with Fiji, reaching the quarter-finals at this World Cup is likely to be a long shot but they will certainly bring plenty of physicality to all their matches.

Nolusindiso Booi will captain South Africa in what will be the lock’s third Rugby World Cup. It will also be a third tournament for Zenay Jordaan, who played in 2010 and 2014, while Tayla Kinsey and Asithandile Ntoyanto are heading to their second World Cups.

The rest of the squad, though, will be making their 15s World Cup debuts in New Zealand, although there are six players who featured in the recent Sevens World Cup in Cape Town – Lerato Makua, Zintle Mpupha, Simamkele Namba, Nadine Roos, Sizophila Solontsi and Eloise Webb.

Coach Stanley Raubenheimer said: “The pandemic worked for us as it gave us an extra year to prepare as the tournament was moved to 2022, and we are going to New Zealand knowing that we have given ourselves the best chance possible.

“I feel a sense of anticipation now, thinking back to where we started and how we have grown, and that we are now ready to take on the best teams in the world. We have our objectives and one of them is to not only make the country proud with our effort, but ourselves as well.