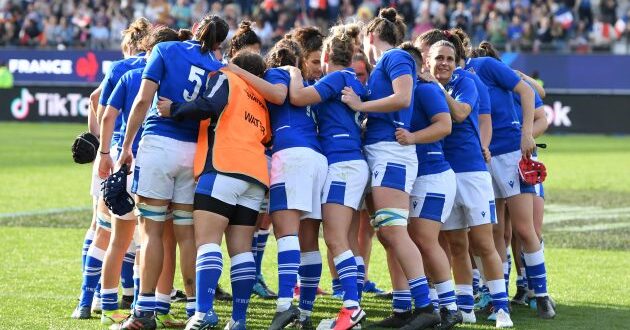 A growing force in the women’s Six Nations, can Italy deliver on the global stage?

Italy booked their place at the 2022 Rugby World Cup in September 2021, seeing off the likes of Ireland and Scotland to finish top of the European qualification standings.

It was yet another example of the Azzurre proving that they can match almost all the teams in the northern hemisphere. Since the last World Cup in 2017, they have won at least one match in each Six Nations and no less than two in every campaign where they played five games.

The 2022 campaign was no different, as Italy displayed their resilient traits. After losing their first three matches, Andrea Di Giandomenico’s side responded with wins in the final two rounds, including an impressive 10-8 victory away to a resurgent Wales.

Beatrice Rigoni was outstanding throughout the tournament, performing adeptly at fly-half as well as her more familiar centre position. Elsewhere, Alyssa D’Inca, 20, announced herself to international rugby with some superb ball-carrying in midfield.

Italy’s decent form continued in their warm-up matches – they pushed Canada close and beat France to rise to fifth in the world rankings.

Italian women’s rugby is progressing off the field too. Last April, it was announced that the nation’s first centralised contracts for female players would be offered to help the team’s World Cup preparations.

The encouraging signs on the pitch and in the boardroom mean Italy are poised to reverse their disappointing World Cup fortunes. They have only featured in four of the eight previous competitions and never finished higher than ninth in those tournaments where there were final standings.

Though their pool includes none of the three most-fancied teams (England, New Zealand and France) they have been drawn against Canada and USA, who both have experience at the business end of World Cups, as well as Japan.

Anything beyond the last eight would be a bonus, but simply making the knockout stages would demonstrate the continued progression of Italian women’s rugby.

Elisa Giordano will captain Italy at the World Cup and the other good news for the Azzurre is that Manuela Furlan has been named amongst the 32.

The full-back/wing suffered a knee injury in a warm-up match against France and it was originally thought that the veteran would be ruled out of the tournament. However, further examinations mean that they believe she will be able to play some part in the World Cup.

There is more experience in the side in the likes of Sara Barattin, Michela Sillari, Melissa Bettoni and Ilaria Arrighetti, while wing Sofia Rolfi is the only uncapped player in the squad.