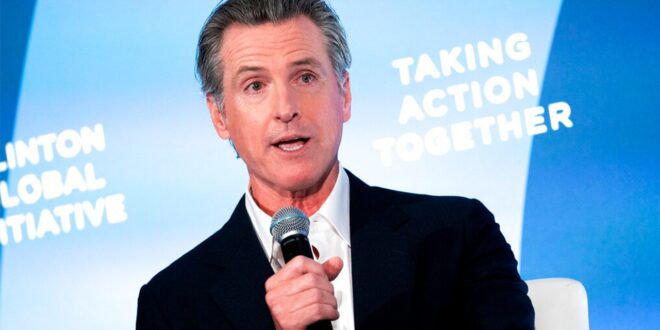 The comments came during a talk Newsom gave earlier this month at the Code 2022 conference, videos of which were posted on YouTube Friday.

The Democratic governor touted California’s achievements, which included outperforming other states in terms of GDP growth and a more than $100 billion-dollar operating surplus.

Host Preet Barara then asked the governor how he reconciled those statistics with the fact that thousands of people have left California in recent years.

Newsom conceded that the state had lost around 182,000 people in 2020. He said many factors contributed to this trend, but the number one was former President Trump’s visa policies.

“Our formula for success is getting first-round draft choices from around the world. I mean, we’re as dumb as we want to be,” Newsom said. “This whole border debate is made up.”

The governor lambasted Congress for not passing “comprehensive immigration reform.”

He then conceded that “affordability” does play a role in why some Californians have left.

“We own that. I’m not naïve about our problems – homelessness,” Newsom said, before arguing that taxes were lower in California than in Texas.

Fox News has reached out to Newsom’s office for further comment.

Long-term migration out of California proliferated during the COVID-19 pandemic, according to a study from the Federal Reserve Bank of Chicago. The study concluded that Texas was a top destination for people leaving the state, followed by Washington and Florida.

Previous Iranian president speaks of ‘justice’ to UN as protests consume his country with demands for regime change
Next Biden’s handling of the economy put to the test; Americans weigh in