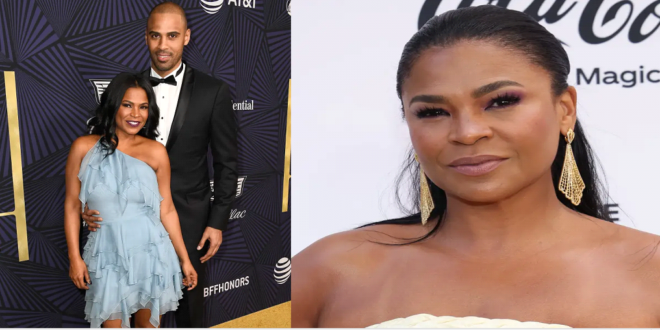 An obscure video seemed Wednesday on Nia Long’s Instagram Story, that very day her long-term accomplice, Celtics mentor Ime Udoka, was blamed for taking part in an “ill-advised cozy and consensual relationship” with a female staff part, as per The Athletic’s Jokes Charania.

The video, which was initially shared on Sept. 9 by the mending and health-based account Omology, highlights daylight raising a ruckus around town in rich backwoods with a going with a message that shines on seeing as light later “murkiness.”

“At the point when you see individuals change for what seems like forever and begin strolling down a way of illumination, embracing trees, interfacing with nature, cherishing themselves, embracing inspiration, letting that light sparkle, figure out a certain something: that light that you see, grasp one thing about that light: they needed to go into the obscurity to get it. No shadow, no light, no shadow, no light,” the video said.

Long upheld Udoka during the Celtics’ season finisher push in late May, which incorporated a NBA Finals appearance against the Champions. The pair, nonetheless, is said to “have been isolated” before late occasions, as indicated by Brandon Robinson of Bally Games.

Udoka is supposed to be infringing upon the association’s implicit set of rules over the evident sentiment with an anonymous staff member. ESPN’s Adrian Wojnarowski revealed late Wednesday night how Udoka is “confronting disciplinary activity,” which might actually incorporate a full-season suspension.

Despite the fact that Udoka “isn’t accepted” to be at risk for losing his situation, sources told ESPN that Celtics aide mentor Joe Mazzulla might actually be named the break mentor for the year.

The Celtics will have the 76ers in their season opener on Oct. 18.