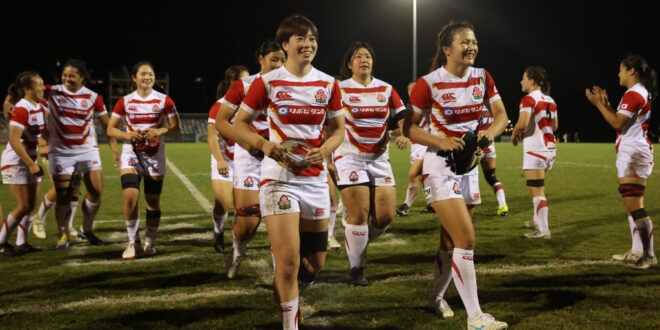 This will be the fifth time Japan have participated in the women’s Rugby World Cup, but they have not enjoyed much success at the tournament.

They have won only one pool game, beating Sweden 10-5 in 1994, and have never finished higher than eighth. However, they head to New Zealand on the back of some impressive form.

The Asia Championship, which involves Hong Kong, Japan and Kazakhstan, was due to act as the Asia qualifier for this World Cup. However, it was postponed several times due to Covid, so last October World Rugby ruled that Japan would qualify as “the highest-ranked team in the region”.

They have enjoyed a decent build-up to the tournament. They beat Australia and Fiji in May, then drew series against South Africa and Ireland. They will certainly have taken confidence from the win over the Irish, a team ranked significantly higher, and are capable of springing a surprise in Pool B.

Lesley McKenzie – the only female head coach at the tournament and a former Canada hooker – has ensured the squad are well-drilled since taking charge in 2019, and they could beat Italy and/or USA to reach the quarter-finals for the first time.

They complete their build-up with a first-ever Test against New Zealand at Eden Park – part of a double-header with the All Blacks’ Rugby Championship match against Australia.

“A goal of mine when I began coaching Japan was to have a challenging selection process for this World Cup,” said coach Lesley McKenzie. “It was my intention to be confronted by difficult choices in most, if not all positions.

“That was about growing our squad, growing the number of players we could pick from and growing them physically in terms of their capacity to play the game at a higher, more physical level. I’m really pleased with where we’re at. It’s not perfect, but I am very excited by the level of performance this team is now capable of.

“We’ve crafted the team with the expectation that everyone puts in all they can towards one group effort. There will be individuals that have breakout performances in the tournament, and I think for us, we will see a breakout in terms of the rest of the world beginning to appreciate the strength of Japanese rugby.

“I’m really looking forward to seeing performances from the team that make the rugby world stand up and take notice of what this team can do.”