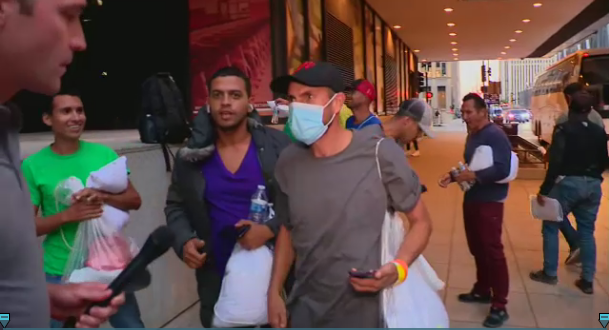 FIRST ON FOX: A group of Republican senators are seeking information from the Department of Homeland Security about the destinations cited by illegal immigrants who are being processed and released into the U.S. – amid concerns that “sanctuary” cities are driving the ongoing migrant crisis.

In a letter to Homeland Security Secretary Alejandro Mayorkas, the senators – led by Sen. Thom Tillis, R-N.C. – requests information on which cities migrants are listing as “current address” when they are issued a Notice to Appear (NTA).

Migrants are typically given an NTA, which gives them a court date for their asylum hearing based on their intended destination, when they are apprehended and processed by Border Patrol. The lawmakers are concerned that cities with “sanctuary” policies may be driving the ongoing border crisis.

“Sanctuary” policies limit cooperation with Immigration and Customs Enforcement (ICE) and will frequently also be accompanied by a number of related policies deemed to be more welcoming to those in the country illegally.

The debate over sanctuary policies, which raged during the Trump administration, has fired up again with the moves by Republican states at or near the border to transport migrants to sanctuary jurisdictions like Chicago, New York City and Washington, D.C. Those who support sanctuary policies say they allow otherwise law-abiding illegal immigrants to cooperate with law enforcement. Opponents say that it allows for the release of criminals back onto the streets (rather than have them deported) and encourages illegal migration.

They note recent apprehensions of criminals, including sex offenders and gang members, as well as enormous drug seizures at the border as signs of the safety concerns that come with the crisis. In their letter, they request the destinations listed as “current address” in NTAs in the last two fiscal years, as well as details about the process to check that immigrants go to their destinations.

The Biden administration has repeatedly claimed that the border is “secure,” with Vice President Kamala Harris being the most recent high-profile official to make that claim – a statement met with extreme skepticism by Republicans

Whether the border is assessed to be secure, the numbers coming to the border are showing little sign of slowing down. Customs and Border Protection (CBP) data released on Monday showed that there were again more than 200,000 migrant encounters at the southern border in August – taking the total for the fiscal year above 2 million.