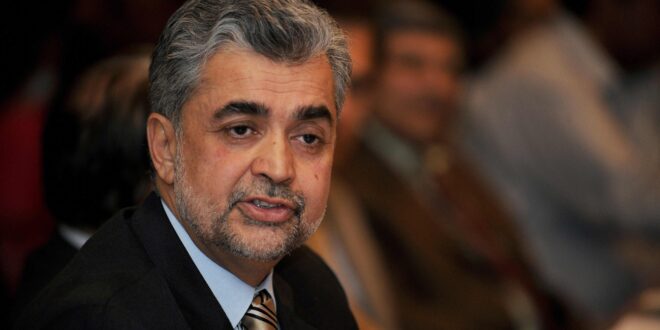 A delegation of Pakistanis, including a former government minister, met Israeli Foreign Ministry officials in Jerusalem on Wednesday, the leader of the group and trip organizers said.

Pakistan is among the countries that has no diplomatic relations with Israel because of the lingering issue of Palestinian statehood, and says no government delegation has visited Israel.

The trip organizer says the delegation also included representatives from the American Muslims and Multifaith Women’s Empowerment Council and Sharaka, a U.S.-based non-government group founded in the wake of the Abraham Accords, which was brokered by the Trump administration in 2020 and normalized relations between Israel and four Arab countries — the United Arab Emirates, Bahrain, Sudan and Morocco.

PAKISTAN IS FACING AN OUTBREAK OF WATER-BORNE DISEASES

“Yes, I am in Jerusalem with a delegation to promote interfaith harmony,” Nasim Ashraf, the head of the delegation, told The Associated Press by phone. He refused to give any further details about other members of the delegation. Ashraf used to be Pakistan’s development minister and the chairman of the Pakistani Cricket Board.

The trip comes more than three months after journalist Ahmed Quraishi, who also traveled to Jerusalem to promote interfaith harmony, was taken off the air by Pakistan Television after his visit.

Anila Ali, a Pakistani-born U.S. citizen who lives in the United States and is one of the trip organizers, told the AP that Ashraf was in Jerusalem to promote interfaith harmony.

She urged Pakistan to establish diplomatic ties with Israel that would be in its best national interest.

She said Turkey was a good example for Pakistan, as Turkish leadership established diplomatic ties with Israel in their national interest. “If Turkey can do it, then why cannot we do it,” she asked.

Ali said Israel could guide and help Pakistan in improving the country’s irrigation system in the wake of the latest flooding, which has caused 1,569 deaths since mid-June.