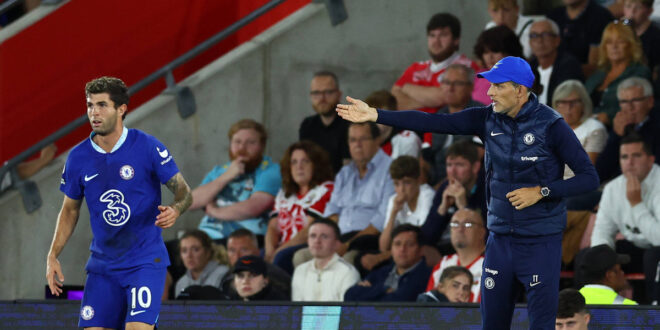 USMNT star Christian Pulisic revealed in his upcoming book that former Chelsea manager Thomas Tuchel misled him about starting during the second leg of the 2020-21 Champions League semifinal.

The winger scored a critical goal against Real Madrid during the first leg, which he says came after ignoring Tuchel’s instructions. Pulisic described, per Pro Soccer Wire, the “untold story” behind that moment in his upcoming book “Christian Pulisic: My Journey So Far”, recalling how “when (Antonio) Rüdiger has the ball, I can see he’s looking to play it long over the top and I started my run to get in behind the Madrid backline.

“But as I take off on the run, I hear Thomas Tuchel yelling from the sideline, ‘Christian, stay in the pocket, don’t make the run!’ But I just had the feeling I’d find the space and get on the end of the pass, so I continued the run.”

Pulisic said the former Chelsea manager then told him that he’d start the second semifinal leg at Stamford Bridge. However, Tuchel “changed his mind” and Pulisic started on the bench, a move that left him “dumbfounded.”

“What happened before that game was hugely disappointing for me. l’d had a really good first leg performance and our following match was against Fulham in the league. Tuchel told me that he was resting me for the second leg and as a result I didn’t play a single minute in the Fulham game,” the winger recalled in his book. “Then on match day of the second semi, Tuchel tells me he’s changed his mind and he’s going with Kai (Havertz). I honestly was dumbfounded and very disappointed. I thought that I’d earned a start and, most importantly, he had assured me previously I was going to start. So by the time he brought me on with about 25 minutes left, I was just so wound up.”

Pulisic came off the bench and recorded an assist that game, which he described in his book as “probably my favorite I’ve ever made. It came at just the right time and closed the game for us.”

The winger’s playing time since that season has been a point of frustration, and he reportedly wanted more time on the pitch ahead of the 2022 World Cup in Qatar, according to a report from Andy Mitten of The Athletic.