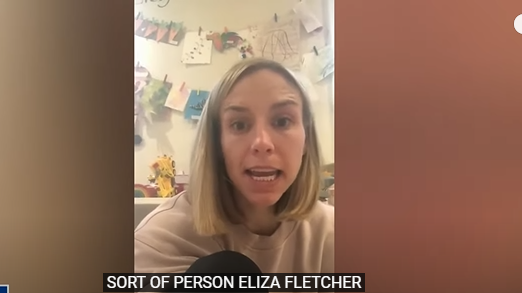 Good evening, and welcome to Tucker Carlson tonight. The most important thing to keep in mind in a period of intense change is that things are, in fact, changing. Things weren’t always this way, so memory history is your best defense against manipulation. When you remember the way things were, you can fight to preserve them. When you no longer remember it was always this way, then you’re at their mercy. So with that in mind, it’s worth remembering that 100 years ago, Memphis was one of the richest, best-organized cities in the country. It had a booming economy. It had beautiful municipal parks, a lot of them more than 100. It had one of the most modern sanitation systems in the world, something we take for granted now. But when yellow fever was real, no one took it for granted. Memphis was such a big deal that, in fact, was the informal capital of an entire American region the Mississippi delta. But not anymore. In fact, by last year, if you went to Memphis, it was hard to believe that any of that had ever been true at any point, because by that point and now, Memphis had become a husk and a highly threatening one.

In 2021, according to federal statistics, Memphis, Tennessee, was the most dangerous city in the United States. Last year, it recorded a total of 342 murders. Now, how many is that? Well, by comparison, San Antonio, Texas, which has more than twice the population, recorded fewer than half as many murders. So, by any measure at all, Memphis was absolutely falling apart. But Liza Fletcher decided to make a life there anyway. After graduating from college, fletcher moved back to Memphis. Both sides of her family had lived there for more than 100 years. She married a man she’d met in church. She grew up there, too, and they had two little boys. She began teaching prekindergarten at a local girls’ school. Here’s a video that she made for her students at the beginning of the Kobe lockdowns. It’s only 15 seconds long, but you can tell immediately what sort of person Lisa Fletcher was.

Hi, girls. It’s this Fletcher. I miss all of you so much. I’m just at home with my kids, missing you guys, wishing we were back at St. Mary’s, but I wanted to touch base and say, hey, girls, it’s Mrs. Fletcher.

I miss you so much. So every year, on their wedding anniversary, Lisa Fletcher’s husband wrote her a love note on Instagram. Reading them now will make you cry, but you can see why he felt that way. Her warmth and her decency shined through. Meanwhile, in Memphis, 7 miles across the city, lived a man called Cliotha absent. Like Liza Fletcher, absent also grew up in the city of Memphis. But he could not have been a more different sort of person. Judging from his long public record, cloth devoted his life to preying on people weaker than he was. Clothing ABSten was a predator. He was an evil man at a young age. Abston was arrested for, among many, many other things, stealing, aggravated assault, weapons charges, carjacking, and rape. In 2000, he was convicted of kidnapping a local attorney at gunpoint downtown and forcing him into the trunk of his own car. Crimes like that are not common in Memphis. Last year, the city reported more than 100 kidnappings. But like most lifelong criminals, clothe Absent was never fully punished for what he did. He was released years before the end of his prison sentence. Nor was he in any way since.

Reformed by his experience behind bars, absent was well known in his apartment complex as of last week for his sexual aggression and his perversity. He terrified his neighbors, but no one from any part of the justice system seems to have intervened. Early last Friday morning, liza Fletcher and Cloth Abstinen met for the first and last time as her husband and two young children slept at home. Liza Fletcher went for an early morning run through her neighborhood. Cleofa Absent followed her, stalking her every move from a black SUV, according to the indictment. As Fletcher jogged by, Absent leaped out, beat her bloody, smashed her cell phone, then dragged her into his vehicle. Within an hour, Liza Fletcher was dead. She had been sexually assaulted and murdered. Police arrested absence soon after based on surveillance video, but he refused to say what had happened to Liza Fletcher. So her family waited in agony. But he didn’t care. He never spoke. Yesterday, authorities finally found Liza Fletcher’s body. She’d been thrown like garbage behind an abandoned building in a CD part of town. The whole story could not be more shocking or more horrible. But here’s what may be the scariest part.

Some people didn’t seem particularly shocked or horrified by it. In the hours after Liza Fletcher’s disappearance, Biden voters on social media seemed to dismiss the crime on racial grounds. Why are we paying so much attention to the kidnapping of an attractive, privileged white woman? That’s racist. Others seem to blame Fletcher for the atrocities committed against her. Why was she jogging at that hour anyway in Memphis? Come on. The point they were making was clear. Everyone knows the rules. Liza Fletcher violated those rules. You can’t go outside at certain hours in certain places in America, obviously. And if you do, if you violate the rules, you run the risk of being raped and murdered. That’s how things work in this country. So adapt, accept it, and move on. To some extent, if we’re being honest, all of us feel that way. Whether we articulate it or not. We know what the rules are. We know what we can and cannot do. In modern America, nothing is ever spelled out. Nothing can be spelled out at the risk of punishment. But everyone knows what the parameters are. Cities like Memphis or Baltimore or Detroit or Montgomery or Gary, Indiana, Wilmington, Delaware, or a dozen other formerly prosperous, orderly little cities across the country were destroyed forever by the rioting that accompanied our last progressive social revolution more than 50 years ago.

Politicized criminals started breaking things, torching buildings, stealing, and immediately anyone with a decent job just left. They pulled their kids out of school, sold the house or not, didn’t matter, and they split for somewhere else. And mostly they have never come back. That is true not simply in Memphis, but in places all over the country. So it seems a little weird to a lot of people when someone like Liza Fletcher, someone who could live anywhere, voluntarily moves back to a place like Memphis. Not to some suburb of Memphis, but to the city of Memphis. That seems weird to people, but it’s not weird. It’s not odd at all when you think about it. Lisa Fletcher was from Memphis. She grew up there, and she had a right to come back. This was her country, too, just as it’s your country, too. An American citizen should be able to live or walk anywhere in America without being raped or murdered for it. Period. That is the baseline requirement for civilization. It’s called order. But increasingly, that is not what we have. What we have is a country where you just can’t go someplace you’re not wanted there, and it’s too dangerous for you to go.

Most people accept this by default, but we should never accept this under any circumstances. To accept something is to concede that it is more or less normal. Once we acknowledge something as normal, whether it’s children being castrated in the name of trans rights or women being murdered by rapists who should have been imprisoned but weren’t because of equity. Once we accept that as normal, we are stuck with it forever. It is the new status quo. It will never change. Except to get worse. The good people who lived in Memphis a century ago would never believe what has happened to the city they built. They would weep if they saw it. That will be the experience of every American before long. Our entire country will be in Memphis if we don’t put a stop to this insanity right now with as much force as is required. Subscribe to the Fox news YouTube channel to catch our nightly opens stories that are changing, changing the world, and changing your life. From Tucker Carlson Tonight.

Previous Liberal goes viral by making friends at Trump rally
Next FULL REACTION to PSG vs. Juventus: Everybody was PANICKING