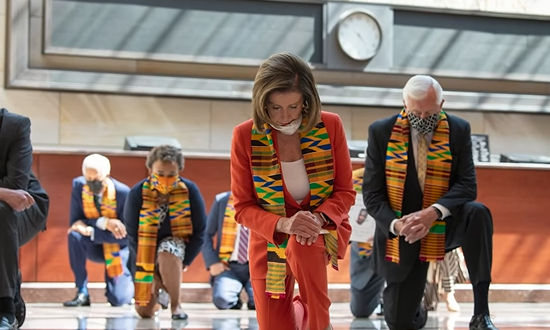 It’s getting to the point where the debates that are taking place in Congress are just extensions of these stupid status competitions that are taking place online. It’s surreal and it’s highly destructive to democracy. Pierre Bourdeilla, who’s a French sociologist, now deceased, was the first to point out that social class is not just a function of one’s economic capital, but also one’s accrued cultural capital. And cultural capital is basically the knowledge and tastes and mannerisms that are inculcated that allow a person to sort of get ahead in a given environment. Journalists tend to have a lot of accumulated cultural capital, even if they don’t have a whole lot of economic capital.

Your average, I don’t know, junior-level New York Times writer probably makes a solid middle-class income, but they’re not rich, but they have a lot of cultural capital. And so somebody like Donald Trump is somebody who is rich in economic capital, poor and cultural capital, and therefore has never been accepted into those elite circles. So there’s always kind of the struggle between those who have a lot of cultural capital to sort of increase the relative value of their cultural capital versus economic capital. This is why a lot of people who are very high in cultural capital become politically liberal and why they tend to see their fights as like they’re fighting the billionaires on behalf of the oppressed classes because they and the working class have perceived themselves to have a common enemy. I think social media is changing things because on social media there’s where a lot of these status competitions now take place, and economic capital has been deemphasized, especially on Twitter, which is kind of the world that I’m most familiar with.

For the most part. If you’re arguing with somebody, you have no idea how much money they have. So you have to have other ways to be able to show your status. But the new currency for distinguishing one status versus the next is through what I call moral capital, which is assuming these elevated political positions and the sort of moral posturing, that people widely recognized as virtue signaling.

And as social media has sort of taken over more and more of our lives, those status competitions have started to bleed into the real world and have started to shape the real world. It’s getting to the point where the real world is an extension of the debates that take place on Twitter. Not everybody on Twitter is part of the elite, obviously, but it is, I think, more than other social media platforms. It’s probably the least populist. It’s the one that is most dominant, where the culture is most dominated by elites.

And I spent a lot of time on Twitter, so I can’t speak for what it’s like to not be on Twitter. But I imagine that it must be really just confusing because you’re out there never paying attention to what’s taking place on Twitter and then all of a sudden, politicians are talking about abolishing the police or abolishing ice or this kind of ideas that seem very radical and extreme and seem to come out of nowhere. Abolish ice started literally as a Twitter hashtag, and then AOC started talking about it, and then it became a thing, and it was like this started as a Twitter intra-elite battle over moral capital, and then it became an actual public debate. So the real world is being shaped by this stuff, not the other way around.