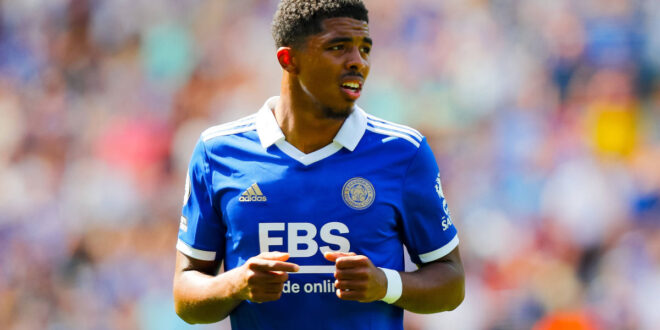 Leicester City’s resistance as it relates to parting ways with French center back Wesley Fofana appears to have been broken.

Chelsea and Leicester have reportedly reached a deal that will see the 21-year-old defender become part of the makeover at Stamford Bridge, according to French outlet RMC Sport. L’Equipe reports that the deal is worth $82.5 million, with add-ons potentially making Fofana the most expensive defensive signing in history (that distinction currently belongs to Harry Maguire, another center back on whom Leicester cashed in when it sold to Manchester United for $110 million three years ago).

Chelsea had been seeking reinforcement in central defense even after signing Kalidou Koulibaly from Napoli earlier this summer. It lost Antonio Rüdiger and Andreas Christensen to Real Madrid and Barcelona, respectively, on free transfers and continues its summer of spending under new owner Todd Boehly with its most expensive signing of them all.

Fofana will become the seventh summer import, following Koulibaly, Raheem Sterling, Marc Cucurella, Carney Chukwuemeka, Cesare Casadei and U.S. goalkeeping prospect Gaga Slonina. The timing is quite coincidental, with Chelsea set to face Leicester on Saturday in the Premier League. After making his wish to leave Leicester known, Fofana had been training with Leicester’s U-23s and was not slated to play for the Foxes either way this weekend.

The transfer fee is an astounding amount for a player without a single senior international cap to his name, and it takes Chelsea’s gross spending to roughly $300 million. The Blues did sell Timo Werner back to RB Leipzig for a reported $30 million and just sold Emerson Palmieri to West Ham for over $17 million as well.

As for Leicester, its reluctant sale of Fofana would mark a second significant departure this summer, following longtime goalkeeper Kasper Schmeichel’s exit for Nice in Ligue 1. The club sits second-to-last in the Premier League through three games, with its lone point coming in a draw vs. Brentford.