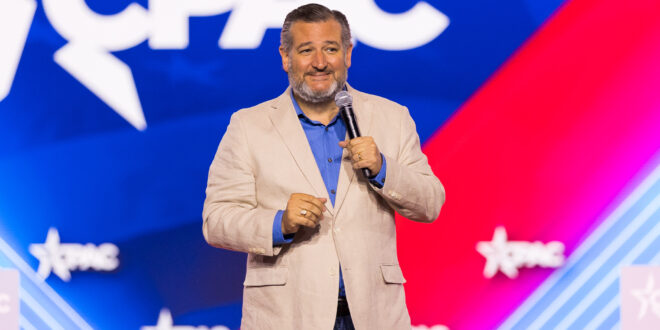 EXCLUSIVE: Sen. Ted Cruz of Texas is heading to New Hampshire next week on a 2022 mission that will also spark more speculation about his national ambitions in 2024.

Cruz will travel to the crucial general election battleground state to campaign with Republican candidate Karoline Leavitt, in an announcement that was shared first with Fox News on Saturday. The get-out-the-vote rally will be held Thursday evening at American Legion Post 27 in Londonderry, New Hampshire.

Leavitt, a 25-year-old veteran of former President Donald Trump’s White House press shop, is currently one of the co-front-runners in the Sept. 13 Republican primary in New Hampshire’s First Congressional District, which has long been a highly contested swing House district.

The seat is currently held by two-term Democratic Rep. Chris Pappas, whom Republicans view as vulnerable amid a political climate that for the past year had favored the GOP. Republicans need a net gain of just five seats in November’s midterms to back the House majority they lost in the 2018 elections.

“Senator Ted Cruz is one of the greatest champions of the Constitution and our God-given freedoms on Capitol Hill. I am grateful for his support, and I look forward to welcoming him back to the Live Free or Die State — as we work to defeat the Establishment on September 13th,” Leavitt told Fox News in a statement.

Cruz, in endorsing Leavitt last October, said in a statement at the time that “Karoline is a fighter who shares our core values, will bring new leadership to D.C. and help conservatives stand up to the Swamp.”

NIKKI HALEY COMES TO NEW HAMPSHIRE ON A 2022 MISSION

Leavitt — a New Hampshire native who following the end of the Trump administration briefly worked for GOP Rep. Elise Stefanik of New York, who’s now the number three ranking House Republican — is part of a Republican primary field that also includes Matt Mowers, a former New Hampshire GOP executive director who worked on Trump’s 2016 presidential campaign and served in the State Department during the Trump administration. Mowers captured the 2020 congressional nomination in the district before losing to Pappas by five points in the general election. 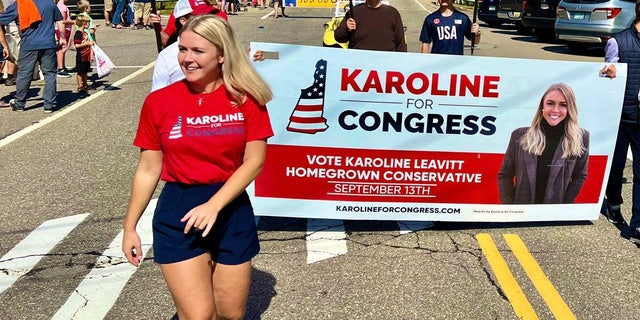 The most recent poll in the race — a University of New Hampshire Granite State survey conducted August 25-29 — indicated Mowers at 26% and Leavitt at 24% among likely Republican primary voters.

Gail Huff Brown — a former longtime TV news reporter and wife of former Republican Sen. Scott Brown, who served as U.S. ambassador to New Zealand during the Trump administration — stood at at 16% in the poll. Former state senator and executive councilor Russell Prescott and state Rep. Tim Baxter registered at 4%, with a quarter undecided.

Both Leavitt and Mowers have repeatedly spotlighted their support for Trump and his agenda, but the former president to date has remained neutral in the primary.

FIRST ON FOX: CRUZ GOES TO IOWA TO HELP OUT GRASSLEY

Last month, as first reported by Fox News, Cruz visited Iowa, the state that for a half century has kicked off the presidential nominating calendar through its caucuses. Cruz headlined a fundraiser for longtime GOP Sen. Chuck Grassley, who’s running for re-election this year. That trip followed an earlier August visit to Nevada, which votes fourth in the GOP primary and caucus schedule, where Cruz spoke in support of former state Attorney General Adam Laxalt, the 2022 Senate nominee in the key battleground state. 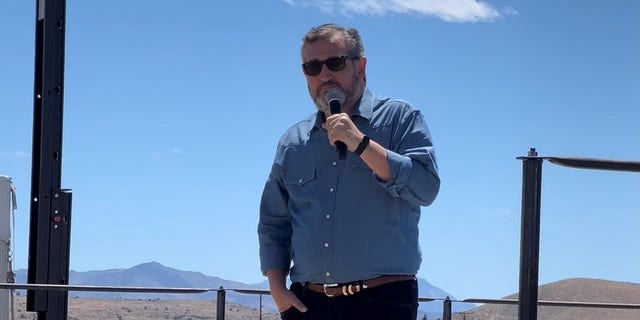 Cruz has consistently not ruled out making another White House run and has told Fox News and other news organizations that “when I ran in ’16, it was the most fun I’ve had in my life.”

And Cruz, in a Fox News interview early last month, reiterated that “I am committed to fighting to save this country with every breath in my body. It is what I believe in.”