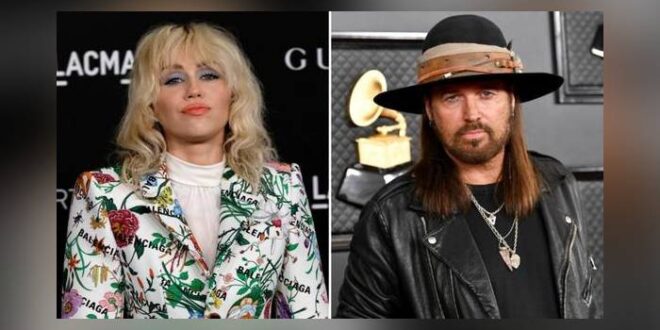 Miley Cyrus and her dad are upset with each other, claims source

Miley Cyrus and her father Billy Ray are reportedly “no longer on talking terms with each other” after his shocking split from her mum Tish.

The source spilled to The Sun that this divorce had a massive impact on the Wrecking Ball hit-maker, who also unfollowed her dad on social media.

While speaking about the ongoing feud, the source mentioned, “Miley is all about peace, but she didn’t agree with some things that her father has done. It really escalated and they are not on good terms. “

“There were words exchanged over what happened towards the end of Billy and Tish’s marriage and since then they clearly see things very differently,” revealed an insider.

The source also told outlet that both daughter and father are not “eager to make amends right now without getting an apology”.

“The rest of the family are hoping it will blow over soon and they will be able to make up, but Billy and Miley are both upset,” added the source.