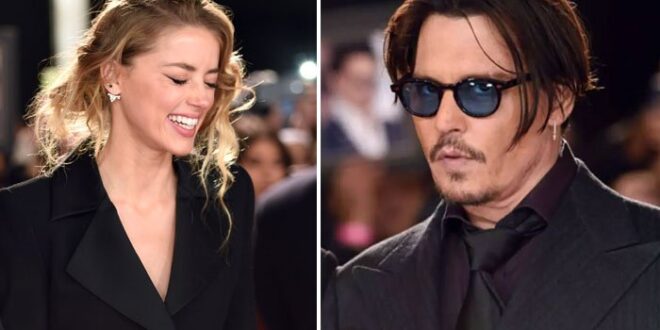 Amber Heard has been accused of ‘manipulating and abusing’ Johnny Depp in his ‘weakest of moments’.

Depp’s closest confidant issued these shocking revelations about the ‘inner workings’ of his marriage to Amber Heard.

The admissions have been published in his new book titled No Encore for the Donkey.

It began, straight up, by hurling an accusation against Heard and alleging, “His wife, Amber Heard, seemed to be [expletive] with his head again, I assume using this opportunity of his weakness to manipulate him even more, and harder.”

The revelations even went on to claim, “Amber seemed to have played the part of Johnny’s ever-doting placater. The cruel dysfunction in this marriage was nothing that you haven’t seen up close with your own friends, it you haven’t suffered through it yourself.”

“Someone close to you, stuck in an abusive relationship, who will never concede that they are actually being abused or if they do, they will blame it on any other circumstance, or themselves, and keep deeper and for worse.”

He also went on to say that it was “almost inconceivable to think that Johnny Depp, or anyone that famous, could be trapped in this kind of abyss of the heart.”

“That someone of his stature would have to be tap dancing on the hour to avoid the [expletive] and vitriol of a relentlessly scheming and belittling opportunist – was at minimum disheartening.”