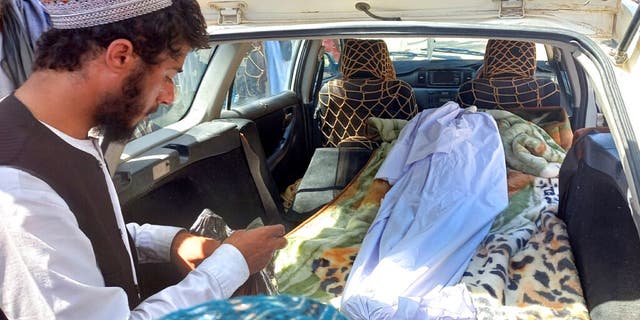 Four children are dead and three others are injured after an unexploded ordnance detonated after being brought into an Afghanistan classroom.

The incident in Afghanistan’s Helmand province happened when children discovered an unexploded shell and brought it inside their religious school and started playing with it, according a statement from the provincial police chief’s office.

The children were ages 7 to 14 and at least three others were injured, according to the police statement.

Local officials say that three of the children were killed instantly while an unidentified doctor at a local hospital said another female child died later from her injuries.

Covered body of a girl lies in the back of a vehicle after she was killed by unexploded shell in Helmand province, southern Afghanistan, Saturday, Sept. 3, 2022.
( (AP Photo/Abdul Khaliq))

Afghanistan has suffered from decades of war and remains highly dangerous for children, who often collect scrap metal to sell to support their families. Many are killed or maimed when they come across unexploded ordnance.

The explosion comes weeks after the one-year anniversary of the United States military withdrawal from Afghanistan following its invasion of the country two decades ago.

Over 41,000 Afghan civilians have been killed or wounded by landmines and other ordnances since the end of the Soviet invasion of the country in the late 1980s, according to the United Nations Mine Action Service (UNMAS). 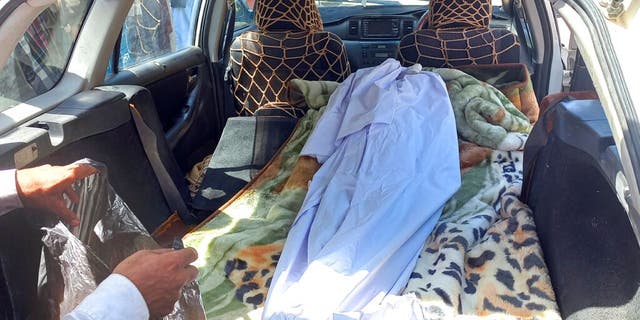 Covered body of a girl lies in the back of a vehicle after she was killed by unexploded shell in Helmand province, southern Afghanistan, Saturday, Sept. 3, 2022. Unexploded ordnance detonated Saturday in southern Afghanistan killing at least four children and injuring three others after the kids brought it inside their school, police and a doctor said
(. (AP Photo/Abdul Khaliq))

More than two-thirds of those killed by unexploded ordnances that detonated were children, many of whom were playing with the bombs after picking them up, VOA News reported.

Associated Press contributed to this report