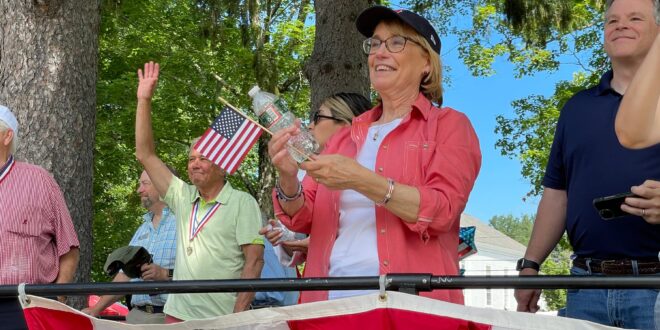 FIRST ON FOX: A leading super PAC that backs Senate Republicans says it will spend $23 million to buy TV time in the small but crucial battleground state of New Hampshire as the group targets Democratic Sen. Maggie Hassan in a key contest.

Senate Leadership Fund, which shared its announcement first with Fox News on Friday, says the start date for their ad reservation is Sept. 13, which is primary day in New Hampshire.

A handful of Republicans are running to challenge Hassan in a general election showdown that may determine if the GOP wins back the chamber’s majority in November’s midterms.

Republicans view Hassan, a former governor and first-term senator, as vulnerable as she runs for re-election due to her lackluster approval ratings in public opinion surveys. And the move by the Senate Leadership Fund (SLF), which is aligned with longtime Senate GOP leader Sen. Mitch McConnell, is another sign that Republicans still believe Hassan is beatable in November, even without a topflight GOP nominee.

“Maggie Hassan’s weak record of rubber-stamping Joe Biden’s inflationary spending and taxes has hurt Granite Staters, and they know it. This is a top-tier pickup opportunity for us, putting the Senate majority within reach,” SLF President Steven Law argued in a statement to Fox News.

The announcement from SLF comes as its affiliated non-profit advocacy group, One Nation, is in the process of wrapping up $4.7 million in summer ad spending in New Hampshire’s Senate race. Those spots urged Hassan to stop backing what Republicans say are liberal policies that fueled this year’s record inflation.

Previous Last US soldiers out of Afghanistan: ‘It was mission success or we were going to die’
Next Planned Parenthood spent nearly $4 million against ‘extreme’ Dr. Mehmet Oz in Pennsylvania Senate race