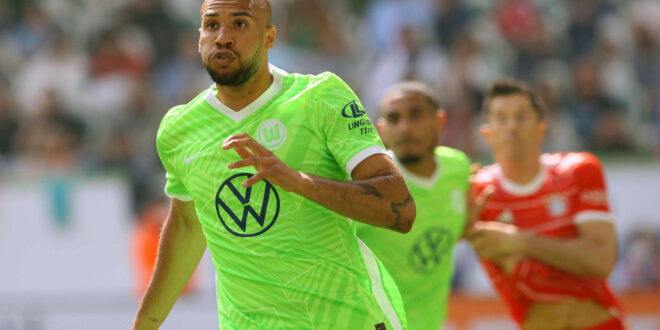 John Brooks: Benfica, not Mallorca, swoops to sign US defender

John Brooks has secured a late upgrade, with the U.S. men’s national team center back pivoting from an apparent agreement with Mallorca to a deal with Portuguese power Benfica.

Brooks, who has been out of contract since his time at Wolfsburg ended in June, had reportedly agreed to a deal with Mallorca that would have seen him join the Spanish top-flight side, but a late development on transfer deadline day has resulted in a twist that could yield minutes on a significant stage. As a free agent, Brooks was not bound to deadline day and could have completed his move after the summer transfer window shut, but as it is, he has signed a one-year deal with his new club.

The questions about the move center on whether Brooks will play regularly—and if he’ll play soon enough to return to the U.S. national team picture in time to get back on the World Cup radar. Benfica has relied on Argentine veteran Nicolás Otamendi and 21-year-old Brazilian Morato for all of its matches this season, but the latter suffered an ankle injury in the club’s most recent game and is reportedly set to miss the next 4-to-6 weeks. Meanwhile, Belgian veteran Jan Vertonghen is reportedly set to leave the club for Anderlecht as well. That could be the opening Brooks needs to slot in and make an immediate impact, especially with Champions League group games on the horizon.

Benfica, the 37-time Portuguese champion, is in a Champions League group with PSG, Juventus and Maccabi Haifa, so while the Primeira Liga may be a step down from La Liga, the opportunity to play in high-profile, high-intensity matches from the start figures to be right there.

Brooks will be hopeful that it’s enough to convince U.S. manager Gregg Berhalter to give him another shot starting in the last pre-World Cup camp later this month. Brooks hasn’t appeared for the U.S. in nearly a year, with his last cap coming Sept. 8 in the Americans’ third World Cup qualifying match out of 14. He was taken off at halftime in Honduras and had to watch from the sideline or from afar from that point on as the U.S. went on to secure its ticket to Qatar. As one of a very few players in the U.S. pool who has World Cup experience (2014), he’s eyeing another shot at the big time.

“We want to play with a very high line, right? So ideally, if [Brooks] went into a team that plays with a high line, and we can see that every week, how he’s dealing with space behind him, it would really help us get a picture of what he can do for our team. So, he hadn’t been doing that with Wolfsburg,” Berhalter told ESPN this summer. “To me, it’s a question of: Let’s see where John ends up. Let’s see what club he ends up at and let’s see how his form is throughout the fall. And then we can evaluate.”

Previous Biden says ‘MAGA Republicans’ threaten democracy as he and Dems crank up anti-Trump rhetoric ahead of midterms
Next Michael Jackson’s daughter Paris Jackson steps outside in style: see pics