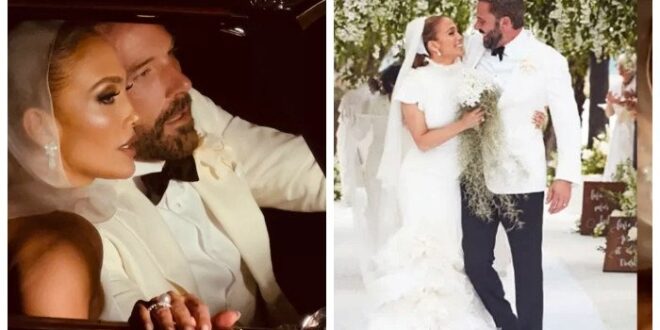 The Love Don’t Cost a Thing crooner turned to her website OnTheJLo to share a fresh newsletter, sharing interesting details from her three-day event in Georgia, and captioned it, “This is heaven. Right Here. We’re in it now.”

She then noted the true significance of those words.

“That is one of my favorite lines that Ben wrote from a movie he directed called Live By Night, Lopez wrote. “He also said it the night of our wedding reception in his speech, and I thought…how perfect.”

Affleck, 50, wrote, directed, and starred in the 2016 action film which also stars Zoe Saldana, Sienna Miller, and Elle Fanning, and is about a group of Boston-bred bootleggers during the Prohibition era who have to face off against the competition.

Lopez continued to share about their wedding day, expressing how there were initial worries due to the weather.

Jennifer and Ben tied the knot in a small, intimate setting at the Little White Wedding Chapel in Las Vegas in July, followed by a small honeymoon in Paris with their respective children.