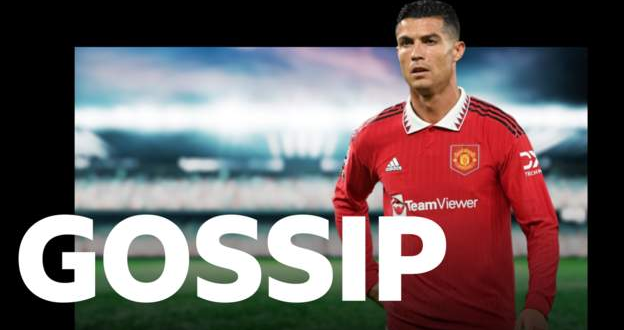 Napoli director Cristiano Giuntoli has said there was “never anything concrete” between the Serie A club and Manchester United and Portugal forward Cristiano Ronaldo, 37. (DAZN, via Manchester Evening News)

Watford forward Joao Pedro has said he is “fully committed to the club” after the Hornets turned down a bid from Everton for the 20-year-old Brazilian. (Watford Observer)

Ajax blocked Chelsea from signing Mexico midfielder Edson Alvarez, 24, because the Dutch club felt they had lost too many players this summer. (De Telegraaf, via Mail)

Lyon and France midfelder Houssem Aouar, 24, will stay at the club, despite reaching an agreement to join Nottingham Forest and having interest from Fulham. (L’Equipe – in French)

Arsenal were preparing to fight off interest for Brazil forward Gabriel Martinelli from AC Milan, who saw the 21-year-old as a replacement for Leao. (Calciomercato – in Italian)

Blackburn Rovers will consider pre-contract offers for Chile striker Ben Brereton Diaz, 23, in January after the club rejected bids of £12m from Fulham and Everton. (Telegraph)

Paris St-Germain have given up on their attempt to sign Inter Milan’s Slovakia defender Milan Skriniar this summer, but they may return to their pursuit of the 27-year-old in January. (L’Equipe – in French)

Dynamo Moscow have said a move for Russia midfielder Arsen Zakharyan, 19, to Chelsea was blocked due to sanctions the UK government placed on Russia in response to the invasion of Ukraine. (Mail)

The Blues remain hopeful of finalising a deal for Zakharyan further down the line. (90min)

PSV Eindhoven also rejected Chelsea’s late attempt to sign their Ivory Coast midfielder Ibrahim Sangare, despite the Stamford Bridge club indicating they were willing to pay up to 45 million euros (£38.9m) for the 24-year-old. (Eindhovens Dagblad, via Metro)

West Ham decided to keep English defender Craig Dawson, 32, after they failed to bring in Southampton and Poland centre-back Jan Bednarek, 26, who joined Aston Villa on loan. Dawson was set for a £5m move to Wolves. (Mail)

Chelsea missed out on RB Leipzig and Croatia defender Josko Gvardiol after the 20-year-old signed a contract extension with the Bundesliga club. (Evening Standard)

Spain and Real Madrid forward Marco Asensio, 26, has decided to remain at the club until his contract ends in 2023, despite multiple clubs registering interest in signing him. (Mundo Deportivo – in Spanish) 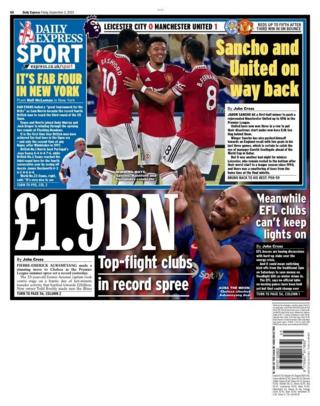