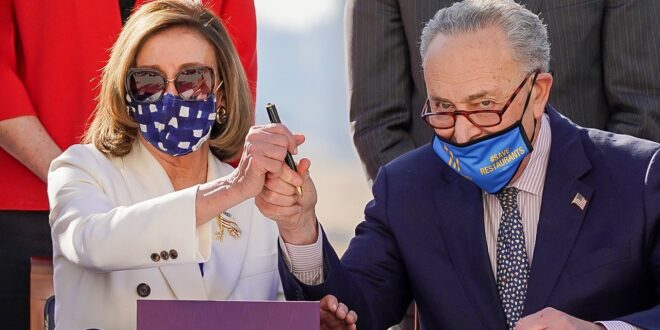 Emergency COVID money from early 2021 bill slow to be spent, goes to many non-COVID uses

What do an armored SWAT vehicle in Pittsburgh, “restorative justice” educational discipline in New York City, racial healing pop-ups in Minneapolis, and school vape detectors in Montgomery, Ala., have in common? They’re all funded by federal taxpayers through the hastily-passed American Rescue Plan Act (ARPA) Democrats advanced through Congress on a party-line vote in early 2021.

The $1.9 trillion bill was framed as an emergency measure to help the United States dig out of the COVID-19 pandemic and its economic consequences.

But much money is going toward projects that are seemingly unrelated or barely related to the virus or the recovery from the pandemic. Technically, many such projects are permitted. But it is not how the package was sold.

“For over a year, the American people were told they were on their own. We’ve seen how hard that has been on so many Americans,” Biden said at a White House appearance celebrating Senate passage of the bill in March 2021. “Everything in this package is designed to relieve the suffering and to meet the most urgent needs of the nation and put us in a better position to prevail, starting with beating this virus and vaccinating the country.”

And at a White House signing ceremony six days later, Biden promised: “It’s going to require fastidious oversight to make sure there’s no waste or fraud, and the law does what it’s designed to do. And I mean it: We have to get this right.”

And yet, not only is money being spent on seemingly unrelated priorities, a significant portion of the funding for local and state governments and school districts isn’t even spent yet.

Just 12% of the money earmarked for elementary and secondary schools has been spent so far, according to federal statistics. And according to Treasury Department figures, as of the end of March 2022 only about $70 billion of the $350 billion allocated for state and local governments had been spent. Just over $100 billion of that money was contractually committed to be spent.

A Treasury spokesperson told Fox News Digital that 67% of the money available to state and local governments through March was budgeted — and likely more, due to smaller jurisdictions not reporting. The total funding available through that point was just under $225 billion. That means likely about half of the overall $350 billion had been budgeted for future use by late March.

“Washington allocated $350 billion to state and local governments to close budget deficits that did not even exist,” Manhattan Institute senior fellow Brian Riedl told Fox News Digital. “These states are totally awash in more money than they know what to do with, so it’s no surprise they haven’t allocated yet – they’re going to be sitting on this money for years.”

“Of course, the standards are going to fall and they’re going to look for any excuse to spend the money, no matter how wasteful,” Riedl said.

Among the spending tenuously related to the pandemic, Minneapolis allocated $300,000 to, “Promote healing and positive activation in the Black community to build and implement a larger vision of an equitable and resilient recovery from COVID-19 and racial trauma. These pop-up style events will help address the need for healing and social cohesion.” This is according to a tracker of funding for large cities and counties run by the liberal-leaning Brookings Institution.

Allegheny County, Pa., which includes Pittsburgh, purchased a “new armored rescue vehicle” for its SWAT team for over $300,000 to replace a previous aging one. That represents less than 1% of the overall funding the county got received, and it fell under an eligible category for the funds of “revenue replacement” for “provision of government services.” But it’s just one of many examples nationwide of funding going to things voters might not have expected COVID-19 funding to go toward. 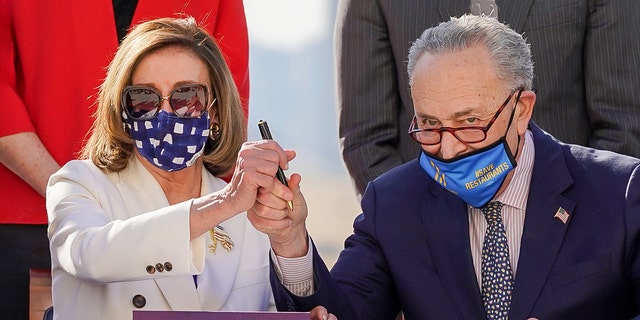 New York City budgeted nearly $4.9 million for a “No Stopping New York” ad campaign, according to the Brookings Institution tracker.

Montgomery County, Ala., public schools said in its expenditure plan that it will install “vape detectors to prevent, close contacts, the sharing of paraphernalia, and the possibility of further lung damage in the instance a student contracts COVID 19.”

And Seattle budgeted $2.5 million to upgrade, “over 25 miles of Neighborhood Greenways,” according to the Brookings tracker.

“That’s the kind of thing that we should be exactly 0% surprised by,” R Street Institute senior fellow Jonathan Bydlak said. “Any time you have that much money flowing out of Washington, frankly without any real strings or oversight… you’re going to get these cases.”

You could look through any list of thousands and tens of thousands of local expenditures under a highly flexible program and find a few eyebrow-raising things. I think to do so would miss the forest for the trees.

“You could look through any list of thousands and tens of thousands of local expenditures under a highly flexible program and find a few eyebrow-raising things,” Berube added. “I think to do so would miss the forest for the trees.”

Berube also disputed the idea that most local governments were flush with cash during the pandemic, saying that because of commercial downturns it was, “not all that stable, not all that sunny.”

While money for schools and state and local governments has been slow to spend, the federal government for its part has doled out nearly all the money it was obligated to spend under the American Rescue Plan. Among those expenditures hundreds of billions on stimulus checks and unemployment insurance.

Money spent on a variety of tax credits, including the child tax credit, and the expansion of the Affordable Care Act through 2022 also is almost completely gone.

But Committee for a Responsible Federal Budget senior vice president and senior policy director Marc Goldwein said that spending is causing its own problems.

“It’s bad if the money isn’t spent, and bad if it is,” he told Fox News Digital. 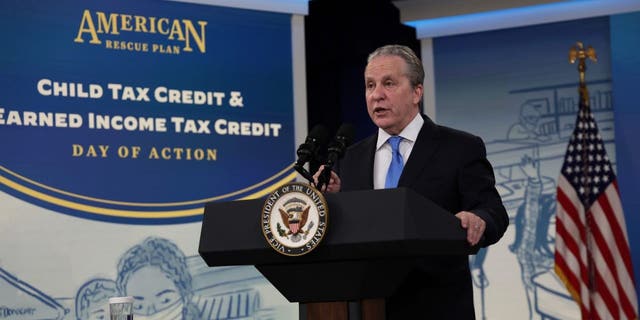 If it’s been spent, according to Goldwein, “it’s worsening the inflation crisis.” If it hasn’t, he said, it goes against the “goal of the bill” as an emergency measure.

The White House previously defended the speed at which ARPA education funds are being distributed.

“Independent evaluations make it crystal-clear that any suggestion that most school districts are not using the large majority of these funds to safely reopen schools, tackle learning loss, and address student mental health is flat-out wrong,” Gene Sperling, a senior adviser to the president and American Rescue Plan coordinator, said.

Sperling said that despite just 12% of ARPA funds being officially spent, according to government numbers, a significant majority had already been committed to be spent by school districts. Sperling also said the passage of the ARPA funding lit a fire under school districts and motivated them to spend other COVID-related federal money they’d not yet allocated “ten times” faster.

Bydlak said such an argument “rings a little bit hollow” from “the same people who have largely fought” efforts to repurpose the ARPA funds elsewhere. Riedl was more blunt.

“If they were concerned that schools were not spending their own money fast enough they could have required that schools spent their money fast rather than giving them another $130 billion,” he said. “That’s an insane misuse of tax dollars.”