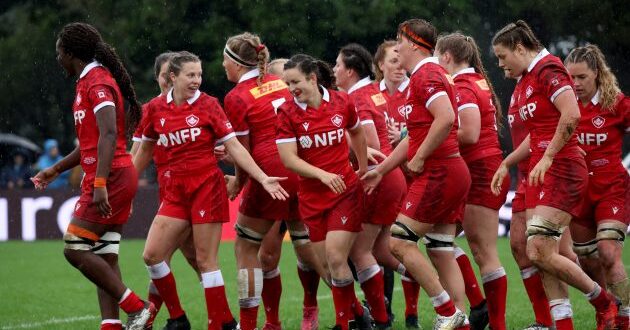 Canada have featured at every women’s Rugby World Cup and their record is consistent, albeit not spectacular.

They have never finished lower than sixth but have made only one final, which ended in a 21-9 defeat by England in 2014.

The last tournament in 2017 epitomised Canada’s World Cup history. They were too strong for pool opponents Wales and Hong Kong but were hammered by New Zealand, which prevented them from reaching the semi-finals.

They duly won their two consolation play-off games to finish with four wins from five games, but that defeat to the Black Ferns restricted them to fifth place.

With the reintroduction of quarter-finals to the women’s World Cup this year, Canada should reach the knockout stages of the main tournament. In fact, they should make it to the semi-finals – after all, they are ranked fourth in the world.

They are likely to top their pool, which would mean they would avoid the other group winners (likely New Zealand and England or France) in the last eight. They beat group opponents USA 36-5 during June’s Pacific Four Series and saw off Italy, another Pool B member, 34-24 in late July – their first international on Canadian soil since 2015.

Their World Cup opener with Japan is intriguing, as former Canada hooker Lesley McKenzie coaches their opponents, but the North Americans should win that match too.

Canada are the first team to name their Rugby World Cup squad, head coach Kevin Rouet selecting the 32 players who will travel to New Zealand at the end of August.

No 8 Sophie de Goede will captain the side at her first World Cup, but there is experience in the squad too. Olivia DeMerchant, Brianna Miller, Laura Russell, Tyson Beukeboom, Karen Paquin, Elissa Alarie, Brittany Kassil, DaLeaka Menin and Alexandra Tessier have all played in previous World Cups.

Canadian women’s rugby is not a lucrative venture, meaning many squad members have full-time jobs and will make  financial sacrifices to play in the tournament.

Rouet, who took over as head coach from Sandro Fiorino earlier this year, said: “It was a very tough selection process, and all of the players made it very difficult to narrow our squad down to a group of 32.

“All of them have been so dedicated and put in so much hard work to get to this point. However, the real hard work starts now as we head to New Zealand with a desire and belief that we can compete for the Rugby World Cup trophy, the first in Canada’s history.”