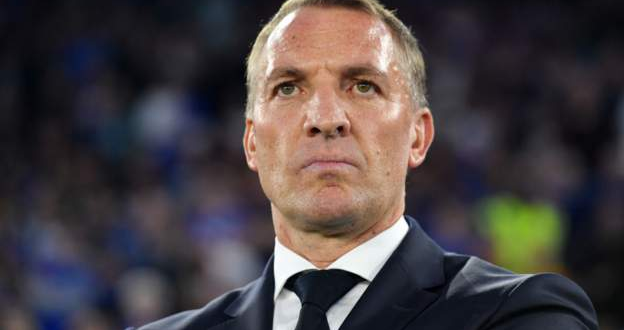 The boos that rang around King Power Stadium and the pointed words of manager Brendan Rodgers said everything about the growing troubles hanging like a shroud over Leicester City.

“This isn’t the club that it was a couple of years ago,” Rodgers said, following a 1-0 defeat to Manchester United that coincided with the end of a frustrating summer transfer window for the Foxes boss.

It is a club that has achieved so much in recent seasons, the glorious Premier League title triumph in 2016 and the FA Cup win under Rodgers in 2021, but there is an air of stagnation and discontent that smacks of the end of an era for Leicester City.

The Foxes had near misses with the Champions League, twice slipping out of the top four on the final day of the season under Rodgers, and perhaps the financial and footballing implications are being felt in full now.

Leicester have gloriously defied logic, punching heavily above their weight, but those successes and raised expectations mean the current underachievement is more acutely and painfully felt.

A dismal Premier League start of one point from five games has left manager Rodgers exuding anything but satisfaction, supporters expressing loud discontent and the owner giving a detailed explanation in the programme notes of the current strategy that is not just leaving the club treading water but sinking to the bottom of the table.

The miserable 1-0 home defeat to Manchester United only increased the mood of pessimism around King Power Stadium.

Rodgers, a fine manager and coach, did not sugar-coat any pills when outlining the current situation in what some might regard as a high-risk strategy in delivering brutal reality.

Rodgers did state his respect for the Leicester owners’ tightening the purse strings, but – with echoes of Scott Parker’s similar criticism that cost him the Bournemouth job this week – there was no disguising his disappointment at not being able to renew his squad and continue to compete at the top end of the Premier League.

He said: “I understand the fans’ frustration. They see all their rivals getting players in and we’re not getting any.”

Rodgers, who lost keeper Kasper Schmeichel and then defender Wesley Fofana in a £70m move to Chelsea, added: “With the greatest respect, we have not had the help in the market this team needed.

“I came to Leicester to compete and initially I was able to do that. You have to add quality but in the last two windows we haven’t been able to do that. I would have loved to have added five or six players but if you can’t do that you have to respect it and work with what we have.”

Rodgers was able to bring in Reims defender Wout Faes as a £15m replacement for Fofana but everything about this laboured, toothless Leicester display showed why he wanted so much more and needed to do so much more.

It is unclear when the financial shackles will be released for Rodgers but his downbeat demeanour was a sharp contrast to his normal positivity and there is no escaping the uncertainty currently surrounding the club.

Rodgers outlined the reset in ambition at a club that was aiming for the Champions League two seasons ago when he said: “Our objective this season is to get to 40 points.”

It was not quite on the same level as Parker, whose exposure of Bournemouth’s shortcomings effectively led to his sacking, but it was certainly an uncomfortable message to listen to.

The words were searingly honest, although hardly designed to send optimism sweeping around the King Power. Rodgers, however, was getting the truth out there.

So did chairman Aiyawatt Srivaddhanaprabha in his programme notes, stressing his family’s continuing commitment, but adding: “Sometimes that commitment means making difficult short-term decisions that protect the club’s long-term interests, such as our approach to this summer’s transfer window.”

It was an answer to growing fan unrest at Leicester’s current reduced circumstances and, perhaps, his manager.

How long Rodgers’ patience lasts, particularly when he is on the receiving end of criticism when seemingly powerless to refresh his Leicester team, remains to be seen.

This, though, now feels like a stale club, a stale team and a fanbase who remember the glorious last few years slipping away before their eyes.

Leicester City’s manager says he will will fight on – but this is not what has been in the brochure for the last few years. He is clearly dissatisfied with the current situation.

The grim sight of the Foxes lying at the bottom of the table will focus minds and increase the unmistakeable sense of unease and uncertainty around Leicester. Rodgers must find the remedy fast – but clearly feels he needs more help to do it.