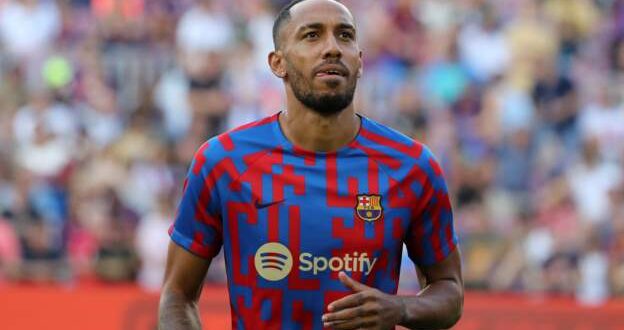 Aubameyang to Chelsea: After £270m spree, is striker the final piece?

Following the departure of Roman Abramovich and a takeover by a consortium led by Todd Boehly, questions were asked whether Chelsea would tighten their belts in the transfer market or continue the free-spending tactic so often deployed under the previous regime.

The signing of Pierre-Emerick Aubameyang, for £10m, from Barcelona on transfer deadline day provides a firm full stop on the answer.

Their summer outlay is the second ever highest single transfer window spend across Europe behind Real Madrid’s ‘Eden Hazard’ summer of 2019.

It is a smorgasbord of players across a wide range of ages, positions and experience, indicative of a transfer policy based on aggression, impatience and a need to catch up after early delays due to the impact of the sanctions on Abramovich last season.

Manager Thomas Tuchel spoke earlier in the summer of his “intense” relationship with Boehly and fellow directors as they messaged each other on a daily basis, attempting to overcome their enforced slow start in the market.

All this raises the question as to what Chelsea’s plan has been in this transfer window, and exactly where Aubameyang fits in that.

The 33-year-old has impressed at Barcelona since joining from Arsenal on a free transfer in January, scoring 13 goals in 24 appearances. However, amid the La Liga club’s well-documented financial struggles, they have been forced to sell in order to register all of their summer signings.

Spanish football expert Guillem Balague told BBC Sport: “It is a good deal for Barcelona, close to €20m once you count Alonso.

“It fits everyone I think. It fits Arsenal, it fits Barcelona and it fits Chelsea.”

‘Aubameyang could be a really clever signing’

For all the hundreds of millions of pounds spent by Chelsea in the summer, goals remain an issue. With Romelu Lukaku shipped back to Inter on loan and losses cut on Timo Werner, Tuchel wants to sign an out and out striker. Early season defeats by Leeds and Southampton – the latter in which they played Sterling and Kai Havertz as a front two – have exacerbated this problem.

Chelsea have scored only six goals in their first five 2022-23 league games, the joint lowest with Brighton in the top half of the table. Their shot conversion rate this season is an abysmal 9.68%.

Match of the Day pundit Alan Shearer feels it is a smart and necessary move.

He said: “Aubameyang could be a really clever signing. The manager knows him well and knows his character. Arsenal felt they had to get him out and that turned out the correct move, but he has proven he will score goals in the Premier League.”

Aubameyang’s time at Arsenal – and his eventual exit – cannot be ignored. Signed in January 2018, the final major arrival of the Arsene Wenger era, goals were rarely the problem as he bagged 92 in 163 games across all competitions for the Gunners.

In the Premier League he struck at a rate of better than one goal every two games. He has scored 68 goals since February 2018 in the league, the fifth best of any player during that time frame. Not bad for a man who hasn’t played in England since 6 December 2021.

What was problematic was the club’s malaise around him over four years, slipping out of European competition under Unai Emery amid dressing room discord. Eventually Aubameyang was shipped out on a free by Emery’s successor Mikel Arteta, in scenes now preserved for eternity and infamy in a recent Amazon documentary.

This has fired Arsenal top of the Premier League with five wins from five, scoring 13 goals in the process. They have improved after selling Aubameyang. So will Chelsea really improve by buying him?

‘Aren’t there any younger players?’

“Auba’s stock wasn’t so high because of issues around Arsenal,” he says. “You know he will bring goals though.

“As good as Sterling is, if they want to be competitive with the very best, they have to score 80 or 90 goals or more. They don’t have at the moment. If Aubameyang is that man, then good luck to them. I’m not totally convinced.”

A key reason Chelsea have signed Aubameyang is his strong relationship with Tuchel. The German coached the Gabon forward at Borussia Dortmund between 2015 and 2017 when he was arguably at the height of his scoring powers, bagging 79 strikes across 95 games in all competition.

Aubameyang may now be five years older, but Tuchel has gambled that the scoring touch is still there; his stats at Barca indicate it absolutely is. For £12m – one fifth of what Chelsea were reportedly asked by Everton for Anthony Gordon – it is a risk he will happily take.

Chelsea must also break their recent dire run of striker signings. From Fernando Torres to Gonzalo Higuain via Alvaro Morata and Radamel Falcao – not to mention the failed return of Lukaku – the number nine role at Stamford Bridge has often appeared cursed.

Those five strikers cost Chelsea more than £200m in combined transfer and loan fees. All for a grand return of 90 goals between them across all competitions, the minimum total the Blues would have expected from just one of those lauded forwards across their time at the club.

Certainly, Tuchel needs to find an answer to Chelsea’s striker problem quickly. Their poor run of form extends from the end of last season – six wins in their last 15 Premier League games – with frustrations now beginning to pour into the open.

So is Aubameyang the missing piece for Chelsea? For the sake of their season, they must hope so.