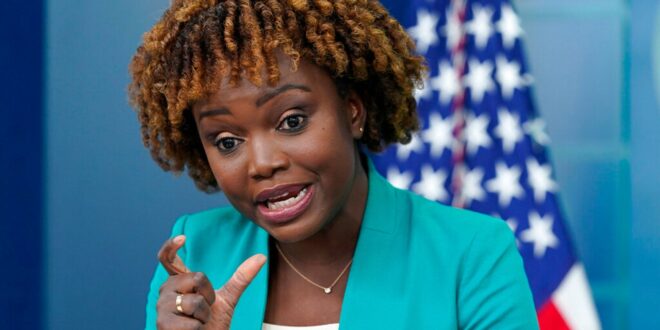 White House shrugs off question on Biden’s recent ‘semi-fascist’ rhetoric: ‘We understand we hit a nerve’

Asked Thursday whether the Biden administration was concerned it may be stoking the divisiveness that the president was ostensibly trying to heal, Jean-Pierre said Biden “is never going to shy away from calling out what he sees.”

Jean-Pierre tried to clarify that Biden’s criticism was directed at “those extreme MAGA Republicans, those who hold office.”

The briefing came ahead of a scheduled speech by President Biden at Independence Hall later Thursday where he is expected to sound an alarm about what he regards as “extremist” threats to American democracy, making a sharp turn from his Inaugural address when he preached national unity.

A reporter asked Jean-Pierre what Biden’s message would be to Americans who still considered themselves Republicans or supported former President Trump.

Jean-Pierre said that what was meant by “extremism,” was directed at a “very small piece … of the American public” and a “very small component of MAGA Republicans in Congress.” 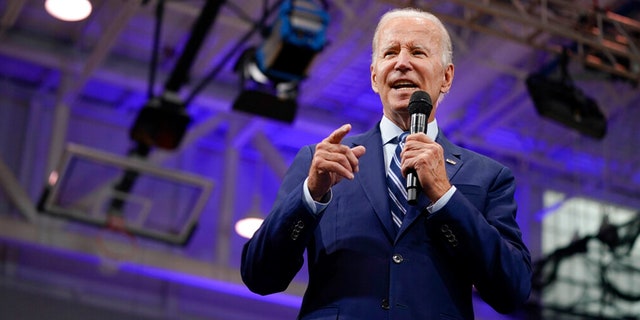 Fox News correspondent Mark Meredith later asked Jean-Pierre what percentage of the 74 million people who voted for Trump in the 2020 election, the White House regarded as extremists.

By “extreme” Jean-Pierre clarified that she meant cutting taxes for billionaires and corporations and calling for a national abortion ban.

Jean-Pierre also said that, “When you are not with what majority of Americans are, then you know, that is extreme. That is an extreme way of thinking.”

Biden’s trip to Philadelphia is just one of his three to the state within a week, a sign of Pennsylvania’s importance in the midterms, with competitive Senate and governor’s races. Trump plans a rally this weekend in Scranton, Biden’s birthplace.

NEWYou can now listen to Fox News articles! EXCLUSIVE: The All-American swimmer who became an …