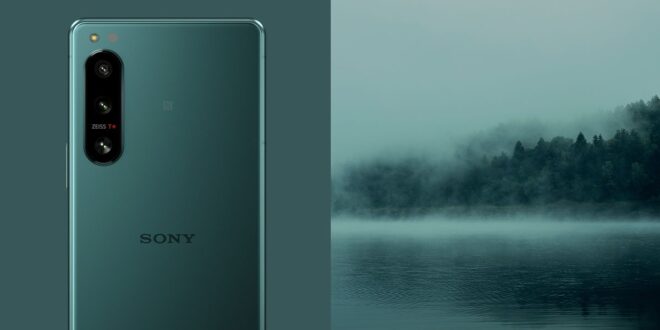 Sony is renewing its “compact” phone for another season with the announcement of the Xperia 5 IV. It’s a step down from the 1 IV in size, price, and features but shares the same emphasis on parity across its camera system. That means all three of the phone’s rear cameras — standard wide, ultrawide, and telephoto — include the company’s excellent Real-time Eye AF for better portraits and are capable of super-fast burst shooting speeds even with HDR enabled. It has other flagship specs to back up its camera features, too, and comes with an equally flagship-y price: $999.

The Xperia 5 IV (side note: what are they going to call next year’s phone? The 5 V?) includes a 24mm-equivalent standard wide, 16mm-equiv ultrawide, and 60mm-equiv telephoto on the rear panel. That tele lens is fixed, by the way; it’s not the optical zoom lens in the 1 IV. Each uses a 12-megapixel sensor — a lower resolution than most 50 or even 100-megapixel flagship cameras these days. Heck, even Apple looks like it will start moving away from 12 megapixels. Sony spokesperson El Deane Naude says that’s an intentional move to make those high readout speeds possible on all of its cameras and to maximize low light sensitivity with bigger pixels.

Each of those rear cameras is capable of 120 fps readout speeds, enabling video recording at 4K / 120p on each one. They can also shoot still photos at 20 fps with autofocus, auto exposure, and HDR enabled. There’s also a new 12-megapixel sensor in the selfie camera.

Outside of photography features, the Xperia 5 IV includes a 6.1-inch 1080p OLED with 120Hz refresh rate and a tall 21:9 form factor, a Snapdragon 8 Gen 1 chipset, and a 5,000mAh battery — now, with wireless charging. It comes with 8GB of RAM and 128GB of storage, an IP65 / 68 rating, and it hangs on to a couple of fast-disappearing hardware features: a headphone jack and a microSD card slot. There’s sub-6GHz 5G support — no mmWave — and a set of new, more powerful stereo speakers on the handset. The 5 IV is scheduled to ship on October 27th.