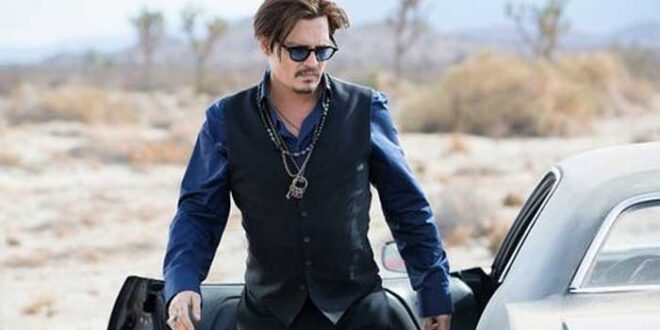 Johnny Depp over the moon as he gets his life back

Johnny Depp is fully enjoying his new life  after wining his defamation trial against Amber Heard as he mad surprise appearance at the MTV VMAs on Sunday night.

The pirates of The Caribbean actor, 59 dressed as a Moon Person during his brief appearance at the Prudential Center in Newark, with only his face visible.

The actor wasn’t actually in the spacesuit, he did lend his voice to the ceremony and appeared to make a subtle reference to his recent court battle.

Th actor apparently took a jibe at her ex-wife as he said : I” needed the work.”

“I just want you guys to know that I’m available for birthdays, Bar Mitzvahs, Bat Mitzvahs, weddings, wakes, any old thing you need,” he said before cheekily adding: “And you know what? I needed the work.”

It was Depp’s first major public outing since his highly-publicised defamation trial against the Aquaman actress.   Amber Heard’s sister Whitney, who testified in the the defamation trial, blasted MTV for honouring Johnny Depp at VMAs.

Johnny also shared the clip on his Instagram alongside the caption: “Guess who? #VMAs,” and his loyal followers went wild over his ‘big comeback’.

That’s amazing! Good to see you, Johnny,” replied one. A second said: “I’m honestly a bit choked up. This is beautiful. He’s going to get so much LOVE!” A third added: “The BEST of the BEST,” and a fourth wrote: “Everything JD does is legendary. King JD is back.”