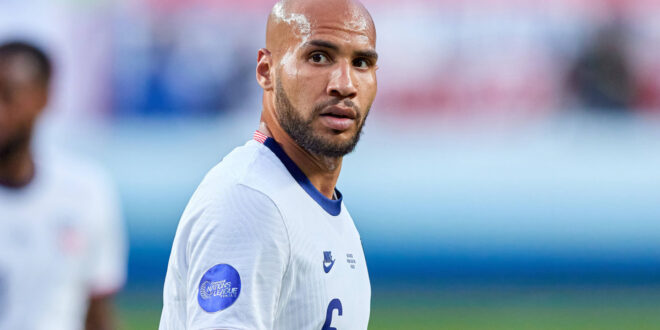 The 29-year-old center back has been without a club since leaving Wolfsburg at the end of his contract in June. In five seasons with the German club, Brooks made 146 appearances across all competitions.

He joined Wolfsburg in 2017 from Hertha Berlin for a then-record 20 million euro transfer fee for an American international, which was later broken by Christian Pulisic’s 2019 move to Chelsea.

With the U.S. men’s national team, Brooks has made 45 senior appearances since his debut in 2013. He has not played for the USMNT since the September World Cup qualifiers, while an injury ruled him out of the October camp. U.S. manager Gregg Berhalter told ESPN last month that Brooks’s continued exile since then came down to the fact that he wasn’t replicating the U.S.’s style of play at his club.

“We want to play with a very high line, right? So ideally, if he went into a team that plays with a high line, and we can see that every week, how he’s dealing with space behind him, it would really help us get a picture of what he can do for our team. So, he hadn’t been doing that with Wolfsburg,” Berhalter said. “To me, it’s a question of: Let’s see where John ends up. Let’s see what club he ends up at and let’s see how his form is throughout the fall. And then we can evaluate.”

Whether Mallorca is the right fit and whether Brooks acclimates quickly enough to be a factor in next month’s USMNT camp remains to be seen. The German-born defender will reportedly join a Mallorca outfit owned by embattled Phoenix Suns and Phoenix Mercury owner Robert Sarver that also features Basketball Hall of Famer Steve Nash and former USMNT midfielder Stuart Holden as investors.

The club finished 16th in La Liga last season after earning promotion while also reaching the Copa del Rey quarterfinals. Brooks will become the latest American to join the club after forward Matthew Hoppe, who left Mallorca earlier this month after one season to join Middlesbrough.