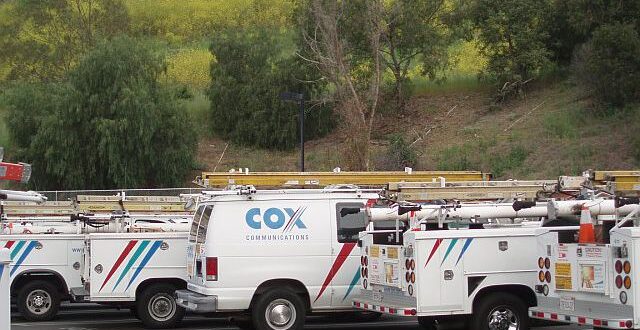 Cox is getting into the mobile industry — again

Cox announced on Monday that it is launching a pilot for Cox Mobile that will be available to Cox’s internet customers. This will be the company’s second major attempt to get into the mobile industry, after its effort launched in 2010 shut down after less than two years, citing an inability to offer “iconic phones” (like Apple’s iPhone, for example) along with its suite of feature phones and Android handsets.

Under the new Cox Mobile, customers will have access to both 4G and 5G coverage with access to “on-the-go wifi hotspots.” They will also have access to high-speed data plans “Pay As You Gig” that will let customers pay for needed data and an unlimited data plan called “Gig Unlimited.” The Wall Street Journal reported that prices for the unlimited service will begin at $45, with another $15 a month for 1 gigabyte of data and any additional gigabyte after that.

Fierce Wireless reports it almost launched Cox Mobile in October 2021 but was held back by ongoing litigation with T-Mobile tied to Cox’s previous relationship with the now-owned-by-T-Mobile Sprint. Cox won the litigation in March following the appeal of a previous ruling that sided with T-Mobile allowing them to pursue a contract with a service provider of their choosing.

Currently, Cox has cable services available in several states, but it said in its blog post announcing Cox Mobile that the new mobile service will be available to customers in three markets — Hampton Roads, Virginia; Omaha, Nebraska; and Las Vegas, Nevada — and said it will continuously roll out to other markets throughout the rest of the year.

Previous The Oppo Reno 8 Pro, Reno 8, and Reno 8 Lite are on their way to Europe
Next Samsung’s Z Fold 4 passes durability tests, but how will it hold up long term?