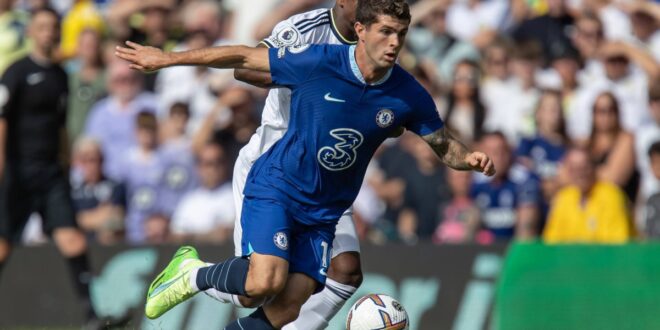 Christian Pulisic to Stay With Chelsea Through Transfer Window, per Report

Christian Pulisic is likely to stay at Chelsea through the transfer window, despite previous reports of a possible move for the United States men’s national team star earlier in the summer, according to The Athletic’s Paul Tenorio.

Pulisic, who signed with Chelsea from Borussia Dortmund in 2019, had reportedly grown frustrated with his lack of playing time in recent months under manager Thomas Tuchel and wanted more time on the pitch ahead of the ’22 World Cup in Qatar, according to a report earlier this month from Andy Mitten of The Athletic. The club was made aware of Pulisic’s frustrations and was willing to listen to loan offers, with the understanding that Manchester United was the 23-year-old’s preferred destination, according to Mitten.

Although Chelsea received interest from Manchester United, Newcastle United and a handful of other Champions League clubs in Italy and Spain, the club ultimately decided to keep the American in West London.

According to Tenorio, Pulisic is understood to be disappointed in the decision. The American winger has played just 76 minutes in the first four games of the Premier League campaign and has yet to make a start this season.

Pulisic’s contract with Chelsea runs for at least another two years and he was reportedly willing to extend his deal if it increased the chances of a loan taking place. Since joining the English club in 2019, Pulisic has scored 19 goals and tallied eight assists in 78 Premier League appearances and 50 starts.

Chelsea has begun the year with two wins over Everton and Leiscester City, a draw against Tottenham and a 3–0 loss to Leeds United.